With the Ta-Nehisi Coates–authored Black Panther comic book series (2016); recent films Django Unchained (2012) and The Birth of a Nation (2016); Nate Parker’s cinematic imagining of the Nat Turner rebellion; and screen adaptations of Marvel’s Luke Cage (2016) and Black Panther (2018); violent black redeemers have rarely been so present in mainstream Western culture. Grégory Pierrot argues, however, that the black avenger has always been with us: the trope has fired the news and imaginations of the United States and the larger Atlantic World for three centuries.

The black avenger channeled fresh anxieties about slave uprisings and racial belonging occasioned by European colonization in the Americas. Even as he is portrayed as a heathen and a barbarian, his values—honor, loyalty, love—reflect his ties to the West. Yet being racially different, he cannot belong, and his qualities in turn make him an anomaly among black people. The black avenger is thus a liminal figure defining racial borders. Where his body lies, lies the color line. Regularly throughout the modern era and to this day, variations on the trope have contributed to defining race in the Atlantic World and thwarting the constitution of a black polity.

Pierrot’s The Black Avenger in Atlantic Culture studies this cultural history, examining a multicultural and cross-historical network of print material including fiction, drama, poetry, news, and historical writing as well as visual culture. It tracks the black avenger trope from its inception in the seventeenth century to the U.S. occupation of Haiti in 1915. Pierrot argues that this Western archetype plays an essential role in helping exclusive, hostile understandings of racial belonging become normalized in the collective consciousness of Atlantic nations. His study follows important articulations of the figure and how it has shifted based on historical and cultural contexts.

GRÉGORY PIERROT is an assistant professor of English at the University of Connecticut at Stamford and a coeditor, with Paul Youngquist, of An Historical Account of the Black Empire of Hayti by Marcus Rainsford. 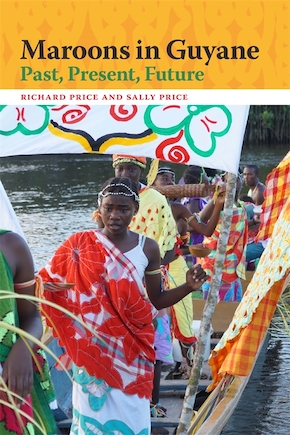