Scholars of second-wave feminism often center their research on northern thought and political activity and usually overlook the vibrant pockets of activism that existed elsewhere. In Remapping Second-Wave Feminism, Janet Allured attempts to reshape the national narrative by focusing on the grassroots women’s movement in the South, particularly in Louisiana.

This book delves into unexplored origins of the feminist movement. While acknowledging the ways that the fight for African American civil rights produced the women’s liberation movement in the South—and subsequently in the North—Allured also locates other wellsprings of the movement that were particularly important to southern change-seekers, especially preexisting women’s organizations such as the League of Women Voters and the YWCA. Also, for many southern feminists, being part of a faith tradition that emphasized social justice reform is what ultimately propelled them into working for gender equality. Allured highlights key figures in Louisiana; divisions based on regional, sexual, and ideological differences; access to abortion; lawsuits that had national implications that emanated from southern women; and the fight against sexual assault and domestic violence. Through detailed archival and oral history research, she has forged a new path, making this a foundational work for the field. Remapping Second-Wave Feminism will amend how we reflexively view feminism as a northern phenomenon, giving proper due to the southern contribution.

A riveting read. Allured captures beautifully the energy and passion of Louisianans' work toward justice for women—black, white, straight, lesbian, religious, secular. She complicates the stereotypical notion of the Deep South and its storied prejudices with the words of the people whose efforts yielded great benefits for women throughout the Pelican State. Anyone assuming that the defeat of the Equal Rights Amendment equaled a failure of feminism in the South will have her mind changed by Allured's painstaking research and graceful writing.

—Rebecca Sharpless, author of Cooking in Other Women's Kitchens: Domestic Workers in the South, 1865–1960

This is a remarkable book—a great history of our country but also many great individual stories of one place, here the Deep South. Janet Allured presents vivid accounts and thoughtful interpretations of the work of a cadre of African American, Hispanic, and white women who changed the social and economic landscape of their lives and the lives of others. In turn, the book itself becomes an essential reading in collective biography, the history of the twentieth-century South, and feminism.

—Susan Tucker, author of Telling Memories Among Southern Women: Domestic Workers and Their Employers in the Segregated South

Deeply researched and masterfully written, Allured’s book provides a compelling argument; feminism had deep roots in southern labor, religious, and civil rights/social justice traditions. Drawing extensively on oral histories and archival sources, and exploring key feminist issues such as ERA, divorce and equity issues, abortion access, and violence against women, Allured proves that southern feminist activists were a diverse group of women claiming varied racial/ethnic and class identities, and sexual orientations who came together to fight for their rights in Louisiana. Allured’s book is an important corrective to histories of feminism that ignore critical activism in the South and reveals that southern feminists were critical grass-roots activists for women’s rights in the last half of the twentieth century.

—Megan Taylor Shockley, author of We, Too, Are Americans: African American Women in Detroit and Richmond, 1940–54 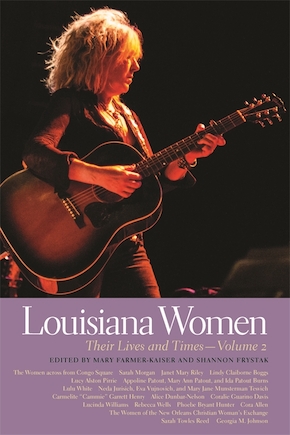 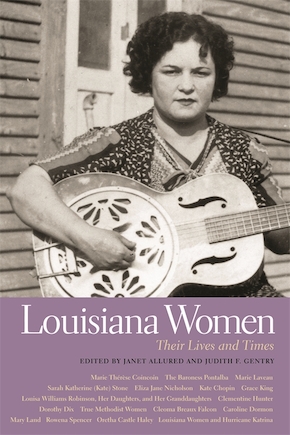