The inspiring and engrossing story behind the first school for former slaves, from the Civil War through the civil rights movement

The Gullah people of St. Helena Island still relate that their people wanted to "catch the learning" after northern abolitionists founded Penn School in 1862, less than six months after the Union army captured the South Carolina sea islands. In this broad history Orville Vernon Burton and Wilbur Cross range across the past 150 years to reacquaint us with the far-reaching impact of a place where many daring and innovative social justice endeavors had their beginnings.

Penn Center's earliest incarnation was as a refuge where escaped and liberated enslaved people could obtain formal liberal arts schooling, even as the Civil War raged on sometimes just miles away. Penn Center then earned a place in the history of education by providing agricultural and industrial arts training for African Americans after Reconstruction and through the Jim Crow era, the Great Depression, and two world wars. Later, during the civil rights movement, Penn Center made history as a safe meeting place for organizations like Martin Luther King Jr.'s Southern Christian Leadership Conference and the Peace Corps. Today, Penn Center continues to build on its long tradition of leadership in progressive causes. As a social services hub for local residents and as a museum, conference, and education complex, Penn Center is a showcase for activism in such areas as cultural, material, and environmental preservation; economic sustainability; and access to health care and early learning.

Here is all of Penn Center's rich past and present, as told through the experiences of its longtime Gullah inhabitants and countless visitors. Including forty-two extraordinary photographs that show Penn as it was and is now, this book recounts Penn Center's many achievements and its many challenges, reflected in the momentous events it both experienced and helped to shape.

This is an extraordinary book. It is the most complete history of Penn Center that has ever been written. Many stories and famous academic accounts have been concerned indirectly with Penn Center over its 150-year history, but this book goes straight to its heart.

—from the foreword by Emory S. Campbell

From the first arrival of northern abolitionists who came to the South Carolina sea islands in 1862 to establish schools for free slaves down to the present, the institutions that evolved into Penn Center have been the social and cultural center of St. Helena Island. Dedicated from the beginning to preparing residents for equal citizenship and civil rights, Penn Center has continued that mission faithfully, as recorded in this splendid history.

Vernon Burton's luminous narrative brings to life the story of Penn Center's courageous resistance to racism and injustice from the 1860s to the present. Rooted in deeply researched evidence and propelled by widely interdisciplinary analysis, Penn Center is central to our understanding the true meaning of South Carolina history.

—Charles Joyner, author of Down by the Riverside: A South Carolina Slave Community

This book shows the contributions of Penn Center over its 150-year history, including its pivotal leadership in welcoming civil rights leaders for meetings and conferences. It was a haven for black and white students in their fight for freedom in South Carolina in the early sixties and then for Dr. King and many others over the years. Penn Center is unique and we now have its story.

—Constance Curry, author of Silver Rights: The Story of the Carter Family's Brave Decision to Send Their Children to an All-White School and Claim Their Civil Rights

This history articulates why Penn Center is an internationally renowned model of cultural preservation. My mother was a 1946 graduate of Penn, I was raised in its shadows, and I am now a scholar of Gullah Geechee culture. The authors have given us a precious resource.

In clear prose supported by important primary and secondary sources and evocative photographs, Burton posits Penn School (now Penn Center) as both witness to and actor in history. The book is an important gift to educational and social historians as well as anyone interested in resilience, resistance, and the potential of schools to effect social change.

One of the most critical aspects of this book is that it recounts the story of Penn Center from the diaries, writings, observations, and feelings of women teachers, activists, social workers, and midwives - highlighting the significant role women played throughout the course of the school's history. . . . Their stories and the many others provided in this book about visitors such as Martin Luther King Jr. are informative and compelling. I positively recommend this book.

What Burton and Cross have skillfully done is highlight the center during each stage of its development, from its creation as a school to assist formerly enslaved African Americans in making the adjustment from slavery to freedom, to its evolution into a space where visitors can celebrate Gullah culture and join in its efforts to uncover and embrace African roots. This work, excellently written with captivating black-and-white photographs throughout, will be attractive to scholars of African American history and those interested in historical preservation, Gullah culture, and the negative effects of gentrification. . . Without doubt, Penn Center will be a valuable book to readers interested in the black freedom struggle.

Orville Vernon Burton (Author)
ORVILLE VERNON BURTON is Creativity Professor of Humanities at Clemson University. He is emeritus University Distinguished Teacher-Scholar, University Scholar, and professor of history, African American studies, and sociology at the University of Illinois and is the author or editor of twenty books including The Age of Lincoln.

Wilbur Cross (Author)
WILBUR CROSS is a former Time editor and author of some fifty books, including Gullah Culture in America. 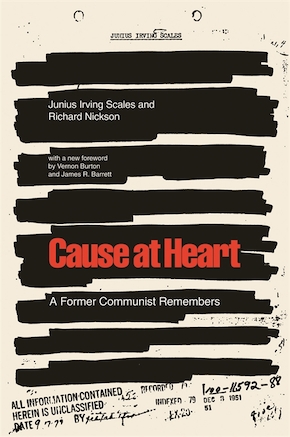