• Visit the After Montaigne companion site

A tribute to the master of the essay

Writers of the modern essay can trace their chosen genre all the way back to Michel de Montaigne (1533–92). But save for the recent notable best seller How to Live: A Life of Montaigne by Sarah Bakewell, Montaigne is largely ignored. After Montaigne—a collection of twenty-four new personal essays intended as tribute—aims to correct this collective lapse of memory and introduce modern readers and writers to their stylistic forebear.

Though it’s been over four hundred years since he began writing his essays, Montaigne’s writing is still fresh, and his use of the form as a means of self-exploration in the world around him reads as innovative—even by modern standards. He is, simply put, the writer to whom all essayists are indebted. Each contributor has chosen one of Montaigne’s 107 essays and has written his/her own essay of the same title and on the same theme, using a quote from Montaigne’s essay as an epigraph. The overall effect is akin to a covers album, with each writer offering his or her own interpretation and stylistic verve to Montaigne’s themes in ways that both reinforce and challenge the French writer’s prose, ideas, and forms. Featuring a who’s who of contemporary essayists, After Montaigne offers astartling engagement with Montaigne and the essay form while also pointing the way to the genre’s potential new directions.

Imagine the dinner party: not just Montaigne but many Montaignes, resurrected in these brilliant essays by twenty-eight of today’s most inventive writers. The table is crowded, enlivened by the paradoxical warmth of Montaigne’s detachment and by the parry and thrust of ideas, often tantamount to a kind of quiet eros. It’s a dinner full of random appetites, the kind of party we leave knowing ourselves a little less, which might mean a little better. What a feast this collection is. It satisfies a hunger—intellect meeting empathy—that enlarges us.

—Barbara Hurd, author of Listening to the Savage: River Notes and Half-Heard Melodies

A fascinating collection of essays that carries forward the omnidirectional momentum of the master. After Montaigne gives us grand examples of the essay as it lives today.

Though Montaigne wrote more than 400 years ago, he feels ageless to these writers, who celebrate his 'drily mellifluous voice,' discursive style, and relentless curiosity. With flair, wit, and imagination, these writers embrace and often challenge their mentor, with results that will inspire readers to also seek out the originals.

The collection is accessible and invites readers to dip in anywhere, to read all or only a few. Reading these 'covers' alongside Montaigne's originals would make an engaging activity for aspiring essayists or composition students.

David Lazar (Editor)
DAVID LAZAR is a professor in the Nonfiction Program at Columbia College Chicago and the editor of the journal Hotel Amerika. His books include Occasional Desire, The Body of Brooklyn, and Truth in Nonfiction.

Patrick Madden (Editor)
PATRICK MADDEN is an associate professor of English at Brigham Young University and author of Quotidiana and Sublime Physick. His work has appeared in the Iowa Review, Portland Magazine, Fourth Genre, and the Best Creative Nonfiction and Best American Spiritual Writing anthologies. 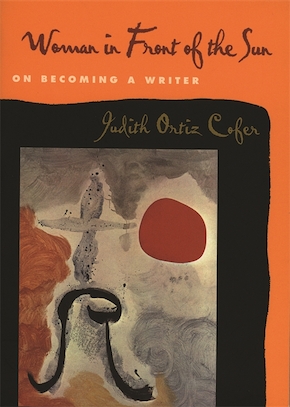 Woman in Front of the Sun 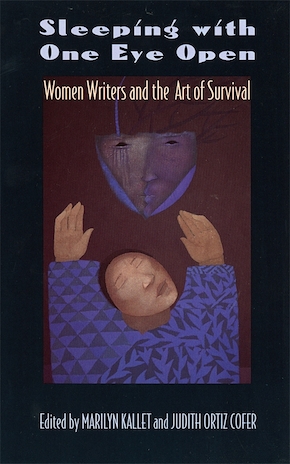 Sleeping with One Eye Open