The Blues and Bourbon Restorations in Post-Katrina New Orleans

The Blues and Bourbon Restorations in Post-Katrina New Orleans

Development Drowned and Reborn is a "Blues geography" of New Orleans, one that compels readers to return to the history of the Black freedom struggle there to reckon with its unfinished business. Reading contemporary policies of abandonment against the grain, Clyde Woods explores how Hurricane Katrina brought long-standing structures of domination into view. In so doing, Woods delineates the roots of neoliberalism in the region and a history of resistance.

Written in dialogue with social movements, this book offers tools for comprehending the racist dynamics of U.S. culture and economy. Following his landmark study, Development Arrested, Woods turns to organic intellectuals, Blues musicians, and poor and working people to instruct readers in this future-oriented history of struggle. Through this unique optic, Woods delineates a history, methodology, and epistemology to grasp alternative visions of development.

Woods contributes to debates about the history and geography of neoliberalism. The book suggests that the prevailing focus on neoliberalism at national and global scales has led to a neglect of the regional scale. Specifically, it observes that theories of neoliberalism have tended to overlook New Orleans as an epicenter where racial, class, gender, and regional hierarchies have persisted for centuries. Through this Blues geography, Woods excavates the struggle for a new society.

This sensitively edited, posthumously published work of the late Clyde Woods is of major importance for anyone interested in African American history and its radical traditions. Woods provides a powerful optic for understanding the long unfolding of black freedom movements across time, while also explaining the persistent reinvention and re-institutionalization of spatial and economic strategies of racial dominance. Insistently claiming the social life that has been made on the horns of white supremacy, Woods reminds us that the radical Reconstruction agenda remains unfulfilled-that even as racial despotism has demonstrated resilience and capacity for reinvention, so too has the 'Blues tradition' of struggle. The dialectic continues.

—Nikhil Pal Singh, Social and Cultural Analysis, New York University, and author of Black Is a Country: Race and the Unfinished Struggle for Democracy

What is the organic relationship between music as performed and music as lived? Development Drowned and Reborn puts New Orleans back in the forefront of national and international debates about race, capitalism, sustainability, and social change. It is a necessary starting point for the potential rebirth of New Orleans as well as the renewal of the United States as a society that comes to grips with its troubled past to build an equitable and sustainable future. A magnificent achievement.

In this beautifully complex study of New Orleans, edited by Laura Pulido and Jordan T. Camp, Clyde Woods rehistoricizes black and black diaspora geographies with precision. In Development Drowned and Reborn, Woods tracks a range of plantation bloc-logics and shows how they engender praxes of black life-inside and outside New Orleans, past and present-that cannot be contained by prevailing knowledge systems. What emerges is a monumental project that understands how the brutality of racial capitalism provides the conditions to develop and sustain a variety of sacred intellectual movements and creative acts. Development Drowned is an urgent study of black life, one that that imagines new political futures as emerging from the grounded, inventive, and longstanding aesthetics of freedom.

Development Drowned and Reborn situates Katrina flooded New Orleans as a central focus of our nation's history. The world renown birthplace of jazz and the pre-twenty-first-century major port city connecting America to the Caribbean, South America, and the Atlantic world, New Orleans is critical to both a cultural and economic understanding of the United States. Clyde Woods and his cohorts did the hard work of excavating, researching, analyzing, and documenting a political economy that is too often hidden and obfuscated. We think we know New Orleans because the city is legendary, but in truth, we seldom grasp its realities and deep relevance. Uncovering its cultural and historic conditions, contradictions, conflicts, and confusions, Development Drowned and Reborn makes sure that we know what it means to understand New Orleans."

—Kalamu ya Salaam, poet, social activist, and author of The Magic of Juju: An Appreciation of the Black Arts Movement

The book reflects monumental scholarship assembled by Woods. It is a page-turner and a fitting portrait of New Orleans - covering such topics as the post-Civil War Recon struction Era, the rise of the Populists, the Garvey movement, and the origin of the Mardi Gras Indians. It is a cultural as well as political study, and should be part of the city's tricentennial celebration in 2018.

meticulously traces the deep history of 'organized abandonment' in New Orleans. . . . An outsider to New Orleans, Woods had an insider's view of life as a black American. His scholarship was dedicated to excavating inequality, which he saw as both rooted in place and as dynamically regenerated or 'reborn.' For Woods, adversity is not inevitable; it's intentional, and the necessary response is not an ode to resilience; it's rebellion.

This magisterial book, which was completed and published posthumously, describes the planned and calculated remaking of New Orleans after Hurricane Katrina as a project of asset-stripping, neoliberalization and gentrification.

Clyde Woods (Author)
CLYDE WOODS (1957-2011) was an associate professor of Black studies and acting director of the Center for Black Studies Research at the University of California, Santa Barbara, author of Development Arrested: The Blues and Plantation Power in the Mississippi Delta, and editor of In the Wake of Hurricane Katrina: New Paradigms and Social Visions.

Laura Pulido (Editor)
LAURA PULIDO is a professor of ethnic studies and geography at the University of Oregon.

Jordan T. Camp (Editor)
JORDAN T. CAMP is a Visiting Scholar in the Charles Warren Center for Studies in American History at Harvard University and Co-Director of the Racial Capitalism Working Group in the Center for the Study of Social Difference at Columbia University. 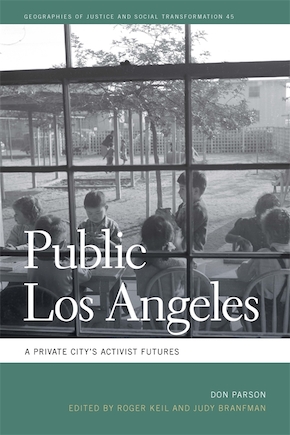