Edited by A. C. Elias

Edited by A. C. Elias

This is the first scholarly edition of the Memoirs of Laetitia Van Lewen Pilkington (1709?-1750), a poet, ghostwriter, and protégée of Jonathan Swift and the playwright/stage manager Colley Cibber. Swift's first biographer by virtue of her lively portrayals of him, Pilkington remains the best chronicler of the great satirist's private life while he was at the height of his influence and creativity. Offering as well an account of Pilkington's own tumultuous and unconventional life, the Memoirs caused a scandal when they first appeared, owing to their details about her divorce and the many would-be Lotharios (most of them married) who subsequently pestered her with their attentions.

Originally appearing in three volumes between 1748 and 1754, the Memoirs have been periodically reprinted and are often quoted by scholars in different disciplines. Until now, however, the work has not received serious editorial attention. In this edition, A. C. Elias Jr. has established for the first time a critical text based on the earliest and most definitive printings, which Pilkington and her son oversaw. For the first time there are explanatory notes that identify the many veiled or anonymous figures in the text and establish the reliability of each anecdote about them. Other new features include an index, a census of early editions, a full bibliography, and a chronology. This edition is produced in a two-volume format, the first comprising the actual Memoirs, and the second the commentary.

Readers are at last in a position to understand exactly what Pilkington is saying in her Memoirs-and what she may be suppressing in the process. They can now approach Pilkington's Swift with confidence at each step, and appreciate her rendering of the many other real-life personages who populate her disarmingly breezy narrative: bishops, scientists, and statesmen; authors, artists, and printers; and assorted rogues, wits, bawds, and eccentrics.

More than any other early-eighteenth-century woman writing in English, says Elias, Pilkington remains accessible to readers today. As a portrayal of Swift, as the recollections of a woman making her way in the male-dominated world of letters, as a source of Irish and English cultural and historical minutiae, and as a delightfully gossipy poke at social pretense, Pilkington's Memoirs are a classic of her era.

The value of the Memoirs for the modern scholar is twofold. First, it gives us one of the most detailed contemporary accounts of Jonathan Swift, as well as unique information on the literary world of Dublin in the 1730s. . . . The second value of the Memoirs is as one of the earliest prose texts to be published by an Irish woman. While it is not unusual for women in the early eighteenth century to publish collections of poems, it was rare for a woman to write about her life in such a personal fashion as Pilkington chose to do. . . . The Memoirs also provide fascinating insights into the mind of a woman from a middle-class Dublin background who was ostracized by respectable society and was aware that she would never recover her reputation, even if she led an exemplary moral life. Pilkington communicates an awareness of the inferior status of women in society, railing against men (including Swift) who did not accept women as their intellectual equals and who favoured women who were docile and illiterate.

It is Dr. Elias's notes which make this edition so important. . . . He is a meticulous scholar, not prepared to take second-hand information. Thus the haphazard guesses about the lives and relationships of various figures of 18th century Ireland, made years ago but unquestionably repeated time after time, are here corrected on the basis of fact. The second volume of this edition is made up entirely of Dr. Elias's commentary and notes, and it proves to be not only an invaluable garnering of cultural and historical facts about mid18th century Ireland, but a witty and entertaining read in its own right. There is no doubt that Dr. Elias has set an editorial standard for those involved in the study of Irish 18th century writing which no future editor can afford to ignore.

Professor Elias is to be thanked for bringing her back to life.

In editing Laetitia Pilkington's remarkable Memoirs, A. C. Elias Jr. has done more than merely make a lost text available. . . . Elias gives Mrs. Pilkington the kind of detailed attention previously reserved for major canonical authors and never yet, to my knowledge, bestowed on any female author of the eighteenth century. . . . It is a magnificent achievement, one of those old-fashioned works of passionate obsession by a scholar without the resources of a university behind him."

The result of Elias's labors is an absorbing record of life on various social levels in Ireland and England during the 1730s and 1740s, from the rare perspective of a divorced and manipulative literary lady.

A. C. Elias Jr. (Editor)
A. C. ELIAS, an independent scholar with a special interest in eighteenth-century Ireland, is the author of Swift at Moor Park, which won the 1982 John L. Haney Prize in the Humanities. He lives in Philadelphia. 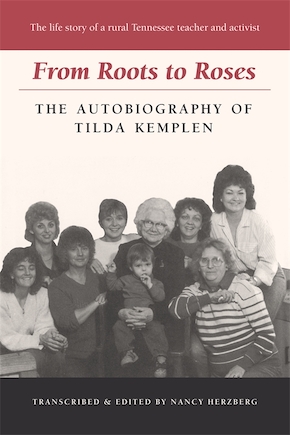 From Roots to Roses