In Love and Narrative Form in Toni Morrison’s Later Novels, Jean Wyatt explores the interaction among ideas of love, narrative innovation, and reader response in Toni Morrison’s seven later novels. Love comes in a new and surprising shape in each of the later novels; for example, Love presents it as the deep friendship between little girls; in Home it acts as a disruptive force producing deep changes in subjectivity; and in Jazz it becomes something one innovates and recreates each moment—like jazz itself. Each novel’s unconventional idea of love requires a new experimental narrative form.

Wyatt analyzes the stylistic and structural innovations of each novel, showing how disturbances in narrative chronology, surprise endings, and gaps mirror the dislocated temporality and distorted emotional responses of the novels’ troubled characters and demand that the reader situate the present-day problems of the characters in relation to a traumatic African American past. The narrative surprises and gaps require the reader to become an active participant in making meaning. And the texts’ complex narrative strategies draw out the reader’s convictions about love, about gender, about race—and then prompt the reader to reexamine them, so that reading becomes an active ethical dialogue between text and reader. Wyatt uses psychoanalytic concepts to analyze Morrison’s narrative structures and how they work on readers. Love and Narrative Form devotes a chapter to each of Morrison’s later novels: Beloved, Jazz, Paradise, Love, A Mercy, Home, and God Help the Child.

Jean Wyatt’s Love and Narrative Form in Toni Morrison's Later Novels is an absolutely brilliant study of Morrison’s artistry in her later novels. Not only does it convincingly establish the primacy of love as a thematic concern in Morrison’s work, but it traces, through the aid of lucid explanations of theory, the evolving conceptions of love that Morrison represents through her exploration of literary, narrative form. Marrying her reading of form to psychoanalytic theory and investigations of the work done by Morrison’s texts in structuring the reader’s responses to the ethics of the novels, Wyatt produces an impressive study that is sure to become a definitive statement on Morrison’s work.

JEAN WYATT is a professor of English at Occidental College. She is the author of Risking Difference: Identification, Race, and Community in Contemporary Fiction and Feminism. Recently, she has written articles on Louise Erdrich’s The Painted Drum and Toni Morrison’s Tar Baby. 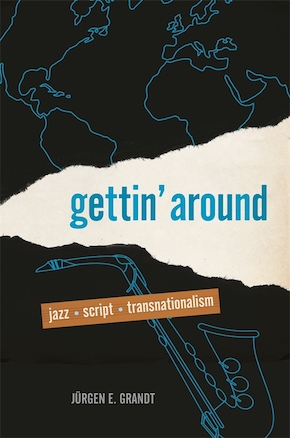