Home > Slavery on the Periphery

How the unique circumstances of slavery in a border region played a role in Bleeding Kansas, the Civil War, and the settlement of the American West

Slavery on the Periphery traces the rise and fall of chattel slavery on the Kansas-Missouri border from the earliest years of American settlement through the Civil War, exploring how its presence shaped life on this critical geographical, political, and social fault line. Kristen Epps explores how this dynamic, small-scale system-characterized by slaves' diverse occupations, close contact between slaves and slaveholders, a robust hiring market, and abroad marriages-emerged from an established upper South slaveholding culture. Awareness of space and local landscapes was also a defining feature of slaves' experiences, because slave mobility could be a powerful means of resistance. This mobility became particularly crucial when the sectional conflict escalated in the 1850s and 1860s, as both enslaved and white residents became central players in a violent national struggle over the future of slavery in America.

Drawing on extensive archival research, Epps makes clear that slavery's expansion into Kansas was more than a theoretical, ideological debate. Chattel slavery was already extending its grasp into the West. By foregrounding African Americans' place in the border narrative, Epps illustrates how slavery's presence on this geographic periphery set the stage for the Civil War and emancipation here, as it did elsewhere in the United States.

Epps's impressive archival research has uncovered much interesting material regarding this borderland. This and her command of a wide range of secondary studies results in a detailed portrayal of slavery and its legacy in western Missouri and eastern Kansas.

This book is an excellent examination of an often overlooked aspect of slavery. Epps demonstrates that although the enslaved people of the Kansas-Missouri borderland may have been living on the periphery of the nation, they were in no way peripheral to discussions over slavery's expansion. Adding them to the picture gives us a much richer understanding of slavery in the Upper South generally and of the Bleeding Kansas conflict in particular.

Building on a collection of nineteenth-century reminiscences of slavery in Kansas, Epps fashions an important account of African American efforts to challenge slavery and forge freedom in nineteen counties along the Missouri-Kansas border.

Scholars interested in a social history of African Americans and slaveholders in this important border region will find this book well worth their time.

A deeply researched work that will add to our understandings of the role that slaves played in this pivotal region during one of the most critical episodes of the nineteenth century, while continuing a vein of scholarship that should remind scholars of the flexibility and pervasiveness of slavery across time and space.

Epps takes pains to put enslaved people in the center of her narrative. She does not just want to write about the political issue of slavery (and slavery expansion); she wants to capture the experiences and perspectives of the enslaved themselves. . . . Epps's success is a testimony to her skill as a historian and her doggedness as a researcher.

Slavery on the Periphery represents a triumph for many overlapping fields of U.S. history: slavery, westward expansion, Missouri and 'Bleeding Kansas,' and the Civil War. Epps' expansion of the chronological framework for historicizing slavery in the Kansas-Missouri border . . . serves to remind us that the territory that became Kansas was deeply implicated in slavery long before the repeal of the Missouri Compromise. And, that African Americans played key roles in not simply building this portion of the West but in steering it toward emancipation

In addition to deepening our understanding of early Kansas history, Epps contributes to an already rich historiography of slave studies that demonstrate the duality of the master-slave relationship by focusing on how enslaved peoples' mobility in this border region was a double-edged sword that could lead, on the one hand, to enhanced autonomy and, on the other, to insecurity, estrangement from loved ones, and even greater suffering and oppression.

—Kelly Erby, Kansas History: A Journal of the Central Plains

Slavery on the Periphery . [is a] valuable contribution to the growing historiography of what Elliot West termed "Greater Reconstruction" in 2003. By examining the complex lived experiences of people in borderland regions. [Epps] reveals, in great detail, the complicated ways that slavery and wartime conflict shaped the culture, politics, and economy of places even on the periphery of nineteenth-century American society.

KRISTEN EPPS is an associate professor of history at the University of Central Arkansas. Her work has been published in the edited collection Bleeding Kansas, Bleeding Missouri: The Long Civil War on the Border. 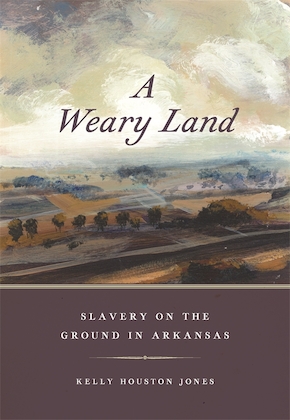 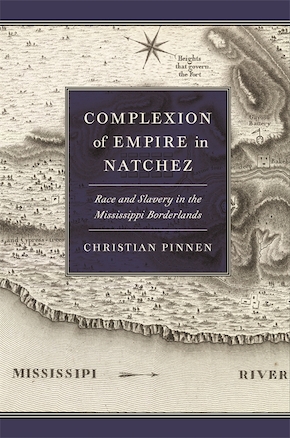 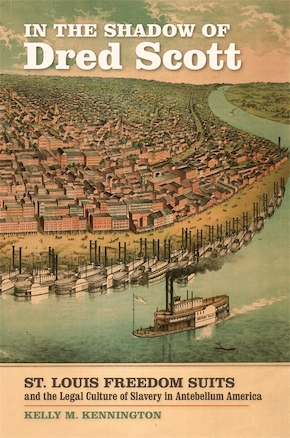