Home > Party Out of Bounds

Published in association with University of Georgia Music Business Program

An electric tale of artists and dreams, drugs and sex, triumphs and tragedies

Originally published in 1991, Rodger Lyle Brown’s Party Out of Bounds is a cult classic that offers an insider’s look at the underground rock music culture that sprang from a lazy Georgia college town. Brown uses half-remembered stories, local anecdotes, and legendary lore to chronicle the 1970s and 1980s and the spawning of Athens bands such as the B-52’s, Pylon, and R.E.M. Their creative momentum helped to usher in a new wave of music on a national and international level, putting Athens, Georgia, on the map.

Brown takes the reader on a heady, keg-beer-fueled romp from the South’s dirty back roads and all-night porch parties to the precipice of rock superstardom. This twenty-fifth-anniversary edition includes new and rarely seen photographs by locals on the scene; a foreword by Charles Aaron, former longtime editor and writer at SPIN magazine; and an afterword by producer/engineer and musician David Barbe, drawn from an essay originally published in the Oxford American’s 2015 music issue.

Party Out of Bounds really captures the rhythm and feel of the Athens music scene. Rodger knows. He was there from the beginning.

For fans of the bands, rock historians, and followers of the indie scene, this is a 'Party' worth attending.

His foot heavy on the accelerator, Mr. Brown speeds his readers through the Georgia darkness from keg parties in rural love shacks to packed warehouse dance marathons in town. . . . Without turning maudlin, Mr. Brown captures both the joy of Athens’s youthful exuberance and the pain of a generation’s loss of innocence to cynicism and AIDS.

RODGER LYLE BROWN lived in Athens from 1977 to 1987. He has worked as an editorial director for Playboy.com and Britannica.com, contributed to publications such as the New York Times and the Village Voice, and is the author of Ghost Dancing on the Cracker Circuit: The Culture of Festivals in the American South. 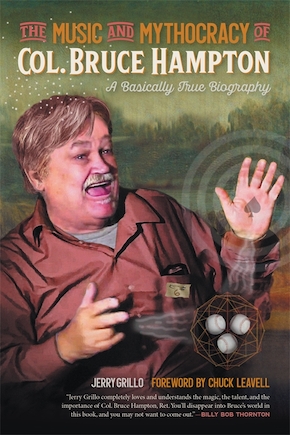