Home > The Ghosts of Guerrilla Memory

Uncovering the unconventional forces that fought the Civil War

The Civil War tends to be remembered as a vast sequence of battles, with a turning point at Gettysburg and a culmination at Appomattox. But in the guerrilla theater, the conflict was a vast sequence of home invasions, local traumas, and social degeneration that did not necessarily end in 1865. This book chronicles the history of “guerrilla memory,” the collision of the Civil War memory “industry” with the somber realities of irregular warfare in the borderlands of Missouri and Kansas.

In the first accounting of its kind, Matthew Christopher Hulbert’s book analyzes the cultural politics behind how Americans have remembered, misremembered, and re-remembered guerrilla warfare in political rhetoric, historical scholarship, literature, and film and at reunions and on the stage. By probing how memories of the guerrilla war were intentionally designed, created, silenced, updated, and even destroyed, Hulbert ultimately reveals a continent-wide story in which Confederate bushwhackers—pariahs of the eastern struggle over slavery—were transformed into the vanguards of American imperialism in the West.

In this first book devoted entirely to Civil War memory and the guerrilla wars, Matthew Hulbert skillfully shows how popular impressions of Confederate guerrillas were exploited by both friends and enemies, and for a variety of ends. Especially intriguing are the ways in which Hulbert looks beyond the Civil War generation to probe the continuing legacy of guerrilla warfare in the twentieth century. This book makes a substantial contribution to the field of memory studies.

—author of A Savage Conflict: The Decisive Role of Guerrillas in the American Civil War

This superb book brilliantly traces the meaning and memory of Civil War guerrillas and guerrilla warfare—from the theaters of the war into the postwar American West, and from the violence of Reconstruction into our own time. This is a major contribution to our understanding of violence in American culture.

—coauthor of The West in the History of the Nation

No episode in American history was more bitter, more violent, than the guerrilla conflict in the border states during the Civil War. In The Ghosts of Guerrilla Memory, historian Matthew C. Hulbert provides a rich, sophisticated, deeply researched account of its cultural legacy. He traces the ‘westernization of guerrilla memory’ from the lives of the bushwhackers themselves, through Mark Twain and poet Minnie Blake, to Hollywood films and graveyards. As a work of history and an exploration of how we remember our past, it is simply a tour de force.

—author of the Pulitzer Prize–winning Custer’s Trials: A Life on the Frontier of a New America

The Ghosts of Guerilla Memory is a groundbreaking interdisciplinary history of the rise of American guerrilla warfare in the Missouri-Kansas conflict . . . and the role of guerilla fighters and bushwhackers throughout the War Between the States. . . . Hulbert’s detailed and thoughtful research across numerous disciplines, genres and mediums, and his passionate interest in post-Civil War outlawry, provide new perspective on the role of mythmakers in our shared collective memory of Civil War guerrillas—as heroes and antiheroes in the real and imagined Wild West.

In The Ghosts of Guerrilla Memory, Matthew C. Hulbert skillfully uses memoirs, contemporary histories, Hollywood movies, and numerous primary sources to take some of the key figures from one of the unruly fringes of the Civil War—the ugly partisan bloodletting in Missouri and Kansas—and link their collective memories to the legendary outlaw myths of the Wild West. . . . Hulbert has produced a readable, nicely illustrated, well-researched study that compliments a growing body of literature on the irregular war in the western borderlands and paves the way for further inquiry.

A well-written and provocative book. Scholars may not agree with some of Hulbert's ideas, but he offers important historiographical interventions.

Thanks to more than a decade of scholarship on Civil War memory, we now have a good sense of how Americans of all sorts remembered and memorialized the conflict. But, up to this point, nearly all the studies have focused on memories of the regular battlefield war. Matthew Hulbert’s The Ghosts of Guerrilla Memory subjects the irregular war to a similar analysis, and it generates a most fascinating story.

This informative and thoughtful book demonstrates that Civil War remembrance continues to offer promising themes for fresh research. . . . Hulbert recognizes that the guerilla theater is not merely a neglected aspect of the Civil War but as a fundamental challenge to the conceptual framework the war bequeathed in matters like the meaning of home.

Hulbert’s monograph is thoughtful, fresh, and nuanced. It will force Civil War historians to rethink the meaning of the guerrilla conflict.

—The Journal of American History

MATTHEW CHRISTOPHER HULBERT is an assistant professor of history at Hampden-Sydney College. Winner of the Wiley-Silver Prize for The Ghosts of Guerrilla Memory: How Civil War Bushwhackers became Gunslingers in the American West (Georgia), Hulbert is also coeditor of Writing History With Lightning: Cinematic Representations of Nineteenth-Century America and The Civil War Guerrilla: Unfolding the Black Flag in History, Memory, and Myth. 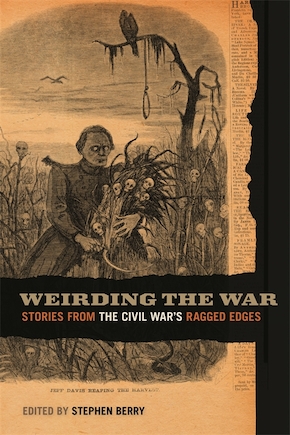