New insights into the everyday lives of independent southern women

Enlivened with profiles and vignettes of some of the remarkable people whose histories inform this study, Stepping Lively in Place shows how free, single women navigated life in a busy slave-based river-port town before and during the Civil War, and how these women transitioned during Reconstruction, emancipation, and thereafter. It examines how free, single women in one city (including prostitutes, entrepreneurs, and elite plantation ladies) coped with life unencumbered, or unprotected, by husbands. The book pays close attention to the laws affecting southern gender and sociocultural traditions, focusing especially on how the town's free, single women maneuvered adroitly but guardedly within the legal arena in which they lived.

Joyce Linda Broussard looks at all types of free, single women-black and white, law-abiding and criminal-including spinsters, widows, divorcees, and abandoned women. She demonstrates the nuanced degrees to which these women understood that the legal, cultural, and social traditions of their place and time could alternately constrain or empower them, often achieving thereby a considerable amount of independence as women. Before the Civil War, says Broussard, the town's patriarchal community tolerated (often reluctantly) even the most independent-minded (and often disorderly) free, single women-as long as their behavior left unchallenged the institutions of white male mastery, slavery, and marriage. She explores the impact of the Civil War and Reconstruction on the town's single women, especially when thousands of formerly enslaved women and new widows swelled their ranks. With slavery dead and male authority undermined, Broussard demonstrates how the not-married women of postbellum Natchez confronted a world turned inside out with a determinedly resolute dexterity.

Stepping Lively in Place: The Not-Marries, Free Women of Civil-War-Era Natchez, Mississippi is an important addition to a growing literature on the lived experiences of single women in American history. Joyce Linda Broussard argues that as long as they did not challenge the white slaveholding patriarchy, single, free women navigated the social and legal realities of life in Civil War-era Natchez, Mississippi, with relative ease. . . . what makes Broussard's contribution important is the scope of her study. Broussard draws on personal papers, legal documents, and other public records to explore the lives of free, single women, black and white, rich and poor.

JOYCE LINDA BROUSSARD is a professor of U.S. southern and women's history at California State University Northridge. She served as codirector of the Natchez Courthouse Records Project, which included among its activities the biennial Historic Natchez Conferences. Broussard has published in the field of gender and women's history, including essays in support of an educator's website for PBS documentaries dealing with slavery, the Supreme Court, and the history of Jim Crow and racism in America. 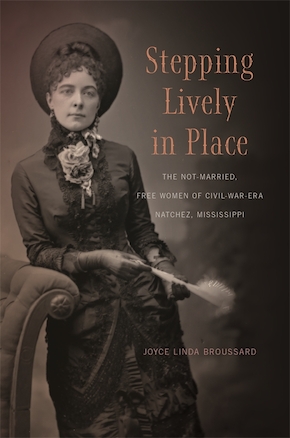 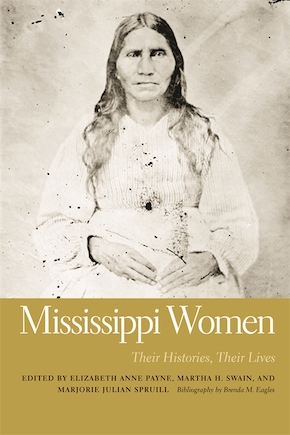