Music, said Zen patriarch Hui Neng, "is a means of rapid transformation." It takes us home to a natural world that functions outside of logic, where harmony and dissonance, tension and release work in surprising ways. Weaving memoir, travelogue, and philosophical reflection, Sudden Music presents a musical way of knowing that can closely engage us with the world and open us to its spontaneity.

Improvisation is everywhere, says David Rothenberg, and his book is a testament to its creative, surprising power. Linking in original ways the improvised in nature, composition, and instrumentation, Rothenberg touches on a wide range of music traditions, from Rob Nachman's stories to John Cage's aleatory. Writing not as a critic but as a practicing musician, Rothenberg draws on his own extensive travels to Scandinavia, India, and Nepal to describe from close observation the improvisational traditions that inform and inspire his own art.

The accompanying audio disc features eleven original compositions by Rothenberg, none of which have been previously released on CD. Included are a duet with clarinet and white-crested laughing bird, and another duet with clarinet and Samchillian TipTipTip Cheeepeeeee, an electronic computer instrument played by its inventor Leon Gruebaum. Also featured are multicultural works blending South Indian veena and Turkish g-clarinet with spoken text from the Upanishads; a piece commissioned by the Tanglewood Contemporary Music Festival with readings of texts by E. O. Wilson accompanied by clarinet and electronics; and improvisations based upon Tibetan Buddhist music, Japanese shakuhachi music, and the image of a black crow on white snow.

Sudden Music is a concise and delicate work of beauty. It will help all readers experience the world as a musical place, full of wonderful events that come out of nowhere to create a strange and rhythmic harmony.

David Rothenberg's Sudden Music is a shimmering, picaresque, poly-brilliant book, rather like butterfly flight, but suitably piercing too. And he shares, I think, my hunch that music, like wind, is the lungs of the world, and that Brownian motion seethes at its heart.

Wandering monk, lovelorn klezmer, Rothenberg roams the world, ears wide open, ready to jam with veena players in Bangalore or birds in the High Sierra. The news he brings is vital-that nature can teach us how to make music; that music can teach us how to live in nature.

—Evan Eisenberg, author of The Ecology of Eden

How to encounter the vital presence of the present moment, in all its alterity and loopiness, except by cultivating our own animal spontaneity? When cricket-rhythms heat up the night, or a White-Crested Laughing Thrush launches its crazed arpeggios out across the confines of the aviary, how to join one's own rhythms to theirs if not by improvisation? Improvisation, the blessed art, is where we exercise and hone our earthborn spontaneity and wildness. Here David Rothenberg, accomplished eco-philosopher and jazzman, lets loose his rich reflections and riffs on the improvisational craft, discoursing both in words on the page, and in swooping melodies on the enclosed CD-melodies that swerve and dance with his fellow musicians, songbirds, scientists, and sacred texts. Read, listen, and slip back inside 'the music of what happens.'

—David Abram, author of The Spell of the Sensuous

May be the best music lesson I've ever had.

Rothenberg's playfulness will transport you to strange places, exercise your imagination, and stir your soul.

It is refreshing to read an author who talks about music in context of the spirituality inherent to playing, composing, listening to, and thinking about music. . . . Sudden Music is a cross between Miles Davis and Arne Naess, Philip Glass and Gary Snyder, Brian Eno and Henry David Thoreau, John Cage and James Lovelock.

David Rothenberg has celebrated that unique and ephemeral moment that happens in ordinary life, in nature and music, and in that the transient and the permanent, the godhead and the commonplace become inseparable. The essential preconditions are an alertness of mind, a sense of risk and daring, and an abiding sensitivity to the vibrations, huge or infinitesimal, that surround us. Our senses, in particular hearing, become intelligent, and therefore the world intelligible. And consoling.

One would think that, with the seemingly endless string of books written about the technical aspects of improvisation, there would be a generous supply of books written about its spiritual rewards. That's far from the case. . . . Sudden Music is a welcome addition to a thin bibliography. . . . Rothenberg's writing is unconventionally structured (or unstructured), yet his prose is clean and direct, his ideas cogent. Sudden Music is best experienced as one would a free jazz performance: with openness and a lack of preconception. Taken on those terms, the book is a small gem.

DAVID ROTHENBERG is a philosopher, musician, and author of Why Birds Sing, also published in Italy, Spain, Taiwan, China, Korea, and Germany. In 2006 it was turned into a feature-length TV documentary by the BBC. Rothenberg has also written Blue Cliff Record, Hand's End, Always the Mountains, Thousand Mile Song, Survival of the Beautiful, and Bug Music. His writings have appeared in at least eleven languages. As a musician Rothenberg has performed and recorded with Suzanne Vega, Scanner, Marilyn Crispell, Peter Gabriel, Ray Phiri, Pauline Oliveros, and the Karnataka College of Percussion. He has recorded on the ECM, Terra Nova, and EarthEar labels, and has been profiled on Radiolab and in the New Yorker. Rothenberg is professor of philosophy and music at the New Jersey Institute of Technology. 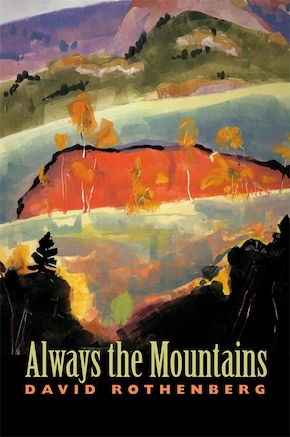 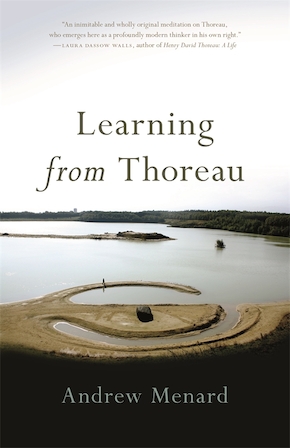 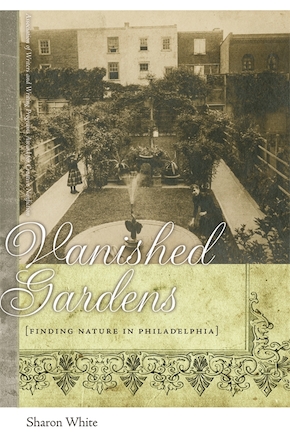