The Influence and Reinvention of Edgar Allan Poe in Spanish America

The Influence and Reinvention of Edgar Allan Poe in Spanish America

Edgar Allan Poe's image and import shifted during the twentieth century, and this shift is clearly connected to the work of three writers from the Río de la Plata region of South America-Uruguayan Horacio Quiroga and Argentines Jorge Luis Borges and Julio Cortázar. In Borges's Poe, Emron Esplin focuses on the second author in this trio and argues that Borges, through a sustained and complex literary relationship with Poe's works, served as the primary catalyst that changed Poe's image throughout Spanish America from a poet-prophet to a timeless fiction writer.

Most scholarship that couples Poe and Borges focuses primarily on each writer's detective stories, refers only occasionally to their critical writings and the remainder of their fiction, and deemphasizes the cultural context in which Borges interprets Poe. In this book, Esplin explores Borges's and Poe's published works and several previously untapped archival resources to reveal an even more complex literary relationship between the two writers. Emphasizing the spatial and temporal context in which Borges interprets Poe-the Río de la Plata region from the 1920s through the 1980s-Borges's Poe underlines Poe's continual presence in Borges's literary corpus. More important, it demonstrates how Borges's literary criticism, his Poe translations, and his own fiction create a disparate Poe who serves as a precursor to Borges's own detective and fantastic stories and as an inspiration to the so-called Latin American Boom.

Seen through this more expansive context, Borges's Poe shows that literary influence runs both ways since Poe's writings visibly affect Borges the poet, story writer, essayist, and thinker while Borges's analyses and translations of Poe's work and his responses to Poe's texts in his own fiction forever change how readers of Poe return to his literary corpus.

Emron Esplin argues convincingly that Borges created an appreciation of Poe that has influenced the reading of his work throughout the Spanish-speaking world. Even Anglophone readers who know Poe's poetry and prose in the original will be enlightened by the detailed analyses presented in this book. Borges's Poe offers a major contribution to Poe scholarship by providing an in-depth study of his influence on a writer well known throughout the world.

Edgar Allan Poe's influence on French literature is well known, but his impact on Latin America was no less significant...Borge's Poe is a remarkable exercise in micro-scholarship with the author going so far as to analyze the handwriting size of Borge's marginal notes for clues.

Borges's Poe is at its best when it focuses on reception history, patiently working through Borges's various interpretations and appropriations of Poe's texts. . . . Ultimately, I'm convinced by Esplin's claim that Borges's texts fundamentally changed how Spanish American writers read Poe. But the questions remains: which Borges and which Poe? . . . . If we really want to rethink the literary relationships of the past in light of the present, we should recall that neither of the two terms stay put. Borges's Poe goes a long way toward explaining Borges's twentieth-century reinvention of Poe. 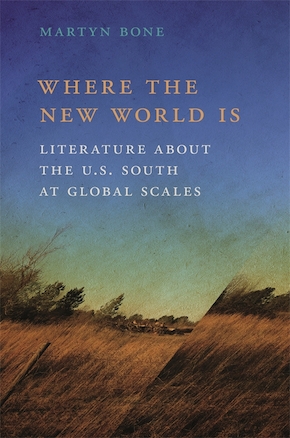