The foundational text for the nascent field of vegan studies

This inescapably controversial study envisions, defines, and theorizes an area that Laura Wright calls vegan studies. We have an abundance of texts on vegans and veganism including works of advocacy, literary and popular fiction, film and television, and cookbooks, yet until now, there has been no study that examines the social and cultural discourses shaping our perceptions of veganism as an identity category and social practice.

Ranging widely across contemporary American society and culture, Wright unpacks the loaded category of vegan identity. She examines the mainstream discourse surrounding and connecting animal rights to (or omitting animal rights from) veganism. Her specific focus is on the construction and depiction of the vegan body—both male and female—as a contested site manifest in contemporary works of literature, popular cultural representations, advertising, and new media. At the same time, Wright looks at critical animal studies, human-animal studies, posthumanism, and ecofeminism as theoretical frameworks that inform vegan studies (even as they differ from it).

The vegan body, says Wright, threatens the status quo in terms of what we eat, wear, and purchase—and also in how vegans choose not to participate in many aspects of the mechanisms undergirding mainstream culture. These threats are acutely felt in light of post-9/11 anxieties over American strength and virility. A discourse has emerged that seeks, among other things, to bully veganism out of existence as it is poised to alter the dominant cultural mindset or, conversely, to constitute the vegan body as an idealized paragon of health, beauty, and strength. What better serves veganism is exemplified by Wright’s study: openness, debate, inquiry, and analysis.

Combining personal narratives and gender studies with ecofeminism and pop culture, The Vegan Studies Project offers a brilliant analysis of the impact of vegans and veganism on America’s cultural landscape. Laura Wright’s argument for a new field of vegan studies rings true, and this book will be the foundational text.

—Hal Herzog, author of Some We Love, Some We Hate, Some We Eat: Why It’s So Hard to Think Straight about Animals

Studies like Laura Wright’s—more than anything else—show how the vegan and vegetarian label and identity are a millstone and a barrier that hinders wider society’s willingness to engage seriously with the rights and wrongs of producing, killing, and eating so many animals. If our strategy is to lessen the harm wreaked on the animals with which humans share this planet, perhaps the strongest lesson we can draw from this work is to step aside from the vegan and vegetarian identity.

—Tristram Stuart, author of The Bloodless Revolution: A Cultural History of Vegetarianism from 1600 to Modern Times and Waste: Uncovering the Global Food Scandal

The relevance of veganism in contemporary literature, advertising, films, and television (including stories of vampires and the apocalypse), encourages readers to broaden their understanding of veganism and the vegan body in the context of modern life and cultural references in the US. . . . Well referenced and indexed. Recommended

The volume dazzles with critical questions. How might in vitro meat made of stem cells alter the Mi’kmaq people’s tradition of honoring the moose by hunting and consuming it? How can veganism expand beyond its historically white constituency? Are there good anthropocentric—or human-benefiting—arguments for veganism? Such timely new questions suggest that “vegan studies” —like veganism itself¬—will continue to expand beyond its traditional base in animal welfare, providing a new vision of human animality and fellowship with animals.

LAURA WRIGHT is the founder of the field of vegan studies. She is professor of English at Western Carolina University and the author of The Vegan Studies Project: Food, Animals, and Gender in the Age of Terror (Georgia). Most recently, she edited The Routledge Handbook of Vegan Studies. She lives in Cullowhee, North Carolina. 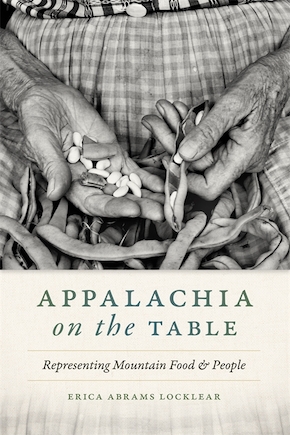