Music and Race in the Southern Imagination

Music and Race in the Southern Imagination

Sounding the Color Line explores how competing understandings of the U.S. South in the first decades of the twentieth century have led us to experience musical forms, sounds, and genres in racialized contexts. Yet, though we may speak of white or black music, rock or rap, sounds constantly leak through such barriers. A critical disjuncture exists, then, between actual interracial musical and cultural forms on the one hand and racialized structures of feeling on the other. This is nowhere more apparent than in the South.

Like Jim Crow segregation, the separation of musical forms along racial lines has required enormous energy to maintain. How, asks Nunn, did the protocols structuring listeners' racial associations arise? How have they evolved and been maintained in the face of repeated transgressions of the musical color line? Considering the South as the imagined ground where conflicts of racial and national identities are staged, this book looks at developing ideas concerning folk song and racial and cultural nationalism alongside the competing and sometimes contradictory workings of an emerging culture industry. Drawing on a diverse archive of musical recordings, critical artifacts, and literary texts, Nunn reveals how the musical color line has not only been established and maintained but also repeatedly crossed, fractured, and reformed. This push and pull-between segregationist cultural logics and music's disrespect of racially defined boundaries-is an animating force in twentieth-century American popular culture.

Sounding the Color Line is an important contribution that adds to our understanding of southern literature, culture, identity studies, and American popular music.

—Barbara Ching, author of Wrong's What I Do Best: Hard Country Music and Contemporary Culture

Nunn examines perceptions of musical styles as intrinsically white or black in the U.S. culture of the late nineteenth and early-twentieth centuries. He shows how the phenomenon of racially defined folk or popular music in a segregated society was neither simple nor immune to mutual influences, and how racially defined music still persists. . . . The literary examples Nunn draws from, authors such as W. E. B. Du Bois, Jean Toomer, and William Faulkner, show music in its complex cultural context, from both African American and white points of view.

In making sound central to his argument that the culture of segregation was far from a natural phenomenon, the author makes apparent the prominent role that music should play in any effort to understand the southern past and present. . . . Laced with theoretical language and concepts, Sounding the Color Line undoubtedly provides sophisticated new ways of thinking about music's larger role in society.

ERICH NUNN is assistant professor of English at Auburn University and a postdoctoral fellow at Emory University's Bill and Carol Fox Center for Humanistic Inquiry. His work has been published in the Faulkner Journal; The Mark Twain Annual; Criticism: A Quarterly for Literature and the Arts; Studies in American Culture; and in the edited collection, Transatlantic Roots Music: Folk, Blues, and National Identities. 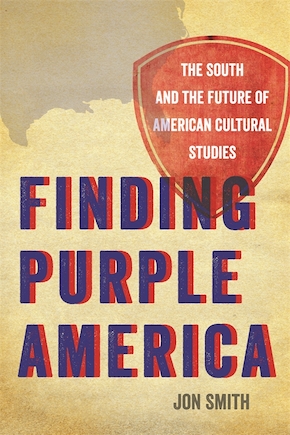