Published with the generous support of Figure Foundation

This is the first book-length study of why states sometimes ignore, oppose, or undermine elements of the nuclear nonproliferation regime-even as they formally support it. Anchored by the Treaty on the Non-Proliferation of Nuclear Weapons, the nuclear nonproliferation regime is the constellation of agreements, initiatives, and norms that work in concert to regulate nuclear material and technology. The essays gathered here show that attitudes on nonproliferation depend on a "complex, contingent decision calculus," as states continually gauge how their actions within the regime will affect trade, regional standing, and other interests vital to any nation.

The first four essays take theoretical approaches to such topics as a framework for understanding challenges to collective action; clandestine proliferation under the Bush and Obama administrations and its impact on regime legitimacy; threat construction as a lens through which to view resistance to nonproliferation measures; and the debate over the relationship between nuclear disarmament and nonproliferation. Essays comprising the second part of the book use regional and state-specific case studies to look at how U.S. security guarantees affect the willingness of states to support the regime; question the perceived spoiler role of a "vocal minority" within the Non-Aligned Movement; challenge notions that Russia is using the regime to build a coalition hostile to the United States; contrast nonproliferation strategies among Latin American countries; and explain the lag in adoption of an Additional Protocol by some Middle East and North African countries.

Getting countries to cooperate on nonproliferation efforts is an ongoing challenge. These essays show that success must be measured not only by how many states join the effort but also by how they participate once they join.

This is a valuable volume as it considers the questions of why different states view the nonproliferation regime differently and why some sign only the Nonproliferation Treaty while others accept all of the subtreaties and agreements under the regime. The focus on the regime is a new approach that will make this book interesting to students and specialists alike.

—T.V. Paul, James McGill Professor of International Relations, McGill University and author of The Tradition of Non-Use of Nuclear Weapons

State Behavior and the Nuclear Nonproliferation Regime addresses the factors that influence a state's decision to support global nonproliferation efforts. This topic might appear to be synonymous with the question 'Why do states forego nuclear weapons?' Nevertheless, the issues are distinct - a government might forego a nuclear arsenal yet remain a 'no show' when it comes to backing various nonproliferation initiatives. Fields and his colleagues provide valuable insight into an issue that has received little attention from nonproliferation experts.

JEFFREY R. FIELDS is associate professor of the practice of international relations and director of the Dornsife Washington, D.C., Program at the University of Southern California. Previously, he was a senior adviser with the Department of Defense. He also served as a foreign affairs officer at the State Department in the Bureau of International Security and Nonproliferation, and as a research associate at the James Martin Center for Nonproliferation Studies and at the Center for Strategic and International Studies. 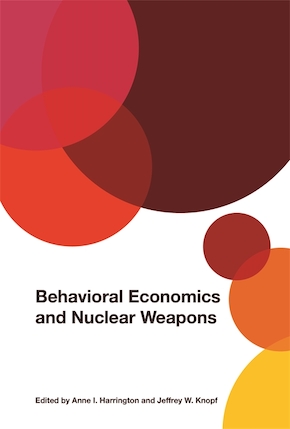 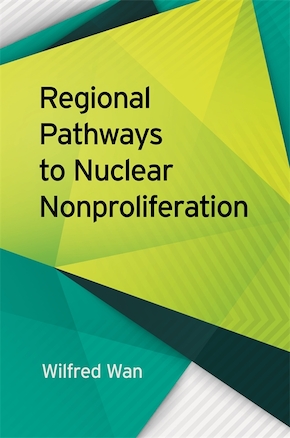