Home > The Life and Adventures of Sir Launcelot Greaves

The Life and Adventures of Sir Launcelot Greaves

The Life and Adventures of Sir Launcelot Greaves

This new edition brings to life Tobias Smollett's fourth novel, The Life and Adventures of Sir Launcelot Greaves. No annotated edition of the work existed before the second half of the twentieth century, and this comprehensive edition by Robert Folkenflik and Barbara Laning Fitzpatrick features more accurate text as well as scrupulous textual and critical information. Also included in the detailed introduction is a unique examination of Sir Launcelot Greaves, the first illustrated serial novel, in relation to the engravings by Anthony Walker.

Sir Launcelot Greaves was a groundbreaking novel for Smollett. Published in British Magazine beginning in January 1760, it was the first major work by an English novelist to have been written specifically for serial publication. The novel, Smollett's shortest, differs stylistically from his previous works. The most attractive of his heroes, Sir Launcelot is virtuous and strange, and he is surrounded by a Smollettian menagerie whose various jargons are part of this novel's linguistic virtuosity and satire. Sir Launcelot's character is an English naturalization of Quixote. Although Sir Launcelot, unlike Quixote, is not the object of the author's satire, an idealistic madness is central to both characters. In Smollett's work the theme of madness is integral to the relationship between self and society as the work ponders both the constitution of madness and the alternatives to revenge.

Sir Launcelot Greaves, though not Smollett's most heralded work, has not received the recognition it deserves. Folkenflik and Fitzpatrick present a definitive edition that will be appreciated by scholars and lovers of eighteenth-century literature.

Folkenflik's intoduction does a skillful job of setting the novel in its formal, biographical and historical contexts, and his judicious notes are a mine of information on the issues and antagonisms that animate the text.

The republication of these marginal works in definitive editions, and the convincing reintegration of the translations into Smollet's corpus, will enable Smollett scholars to reassess their significance. And for that reason alone the texts are valuable. But the editions are also relevant to a broader number of current critical conversations not least because of their superb apparatus. . . .The importance of [this] edition to Smollett studies cannot be overstated.

Robert Folkenflik (Editor)
ROBERT FOLKENFLIK is the Edward A. Dickson Emeritus Professor of English at the University of California, Irvine. He served as general editor of the series Irvine Studies in the Humanities. His books include Samuel Johnson, Biographer and The English Hero, 1660-1800. 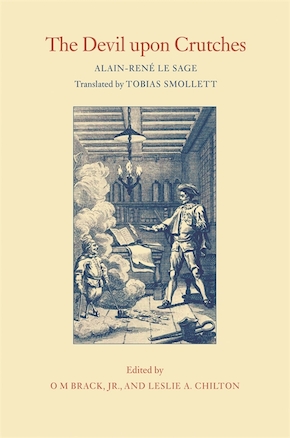 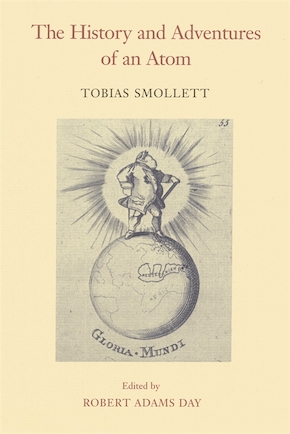