A Portrait of the NIU School Shooter

A Portrait of the NIU School Shooter

On Valentine’s Day 2008, Steve Kazmierczak killed five and wounded eighteen at Northern Illinois University, then killed himself. But he was an A student, a Deans’ Award winner. How could this happen?

CNN could not get the story. The Chicago Tribune, Washington Post, and all others came up empty because Steve’s friends and professors knew very little. He had reinvented himself in his final five years. But David Vann, investigating for Esquire, went back to Steve’s high school and junior high friends, found a life perfectly shaped for mass murder, and gained full access to the entire 1,500 pages of the police files. The result: the most complete portrait we have of any school shooter. But Vann doesn’t stop there. He recounts his own history with guns, contemplating a school shooting. This book is terrifying and true, a story you’ll never forget.

A carefully crafted account of a descent into fatal madness.

Vann’s story, originally commissioned by Esquire magazine and winner of the Association of Writers and Writing Programs Award for Creative Nonfiction, is complicated, but he tells it with grace and clarity. Kazmierczak’s inner life was bleak, to put it mildly. The word 'bleak,' though, has to be qualified. Vann’s look at Kazmierczak is unflinching and careful; he presents exceedingly well-organized research on the shooter, a fleshed-out play-by-play of his life from young adulthood up until the attack, replete with quotes from e-mails, papers, and chat messages that trace his slow descent from a troubled young man with promise into one quietly spiraling out of control.

I hated reading Last Day on Earth, but I kept coming back to it. Each chapter was taut, mysterious and compelling. And when I did stop reading—I devoured it in three sittings—I was haunted by Steve, a mass murderer, and his slow, steady transformation from Dean's Award winner to shooter. What makes this book especially appealing is the parallel narrative—the writer living a screwed up childhood, who, like Steve, finds himself in the possession of many guns and the urge to use them and potentially do harm. What the writer discovers is that the line between self destruction and survival and success is frighteningly easy to cross. Last Day on Earth is written with a cold staccato passion—with intensive attention to intimacy of detail. It is riveting reading.

Vann looks into the dark and isolated heart of the American soul.

—San Francisco Chronicle, on Legend of a Suicide

Vann’s people are hurtling irretrievably toward a dark outcome, and while putting the book down might save you from it, you can’t stop reading, just as you can’t unlearn its truths.

Last Day on Earth is an intriguing read not only because it attempts to show some insight into a shooter’s mind, but also because the author, David Vann, looks to his own childhood as a parallel experience. . . . Foregoing the fear-mongering and sensationalizing of most media outlets, Vann really does paint a sympathetic portrait of this shooter.

DAVID VANN is the internationally bestselling author of Caribou Island, A Mile Down, and Legend of a Suicide, published in seventeen languages and winner of ten prizes, including France’s Prix Médicis for best foreign novel, selected for the New Yorker Book Club, The Times Book Club, BBC’s Book at Bedtime, TV book shows in eight countries, and more than forty “best books of the year” lists worldwide. Currently a Guggenheim Fellow, Vann has also been a National Endowment for the Arts Fellow and a Wallace Stegner Fellow. He’s taught at Stanford, Cornell, and Florida State University and is currently an associate professor at the University of San Francisco. 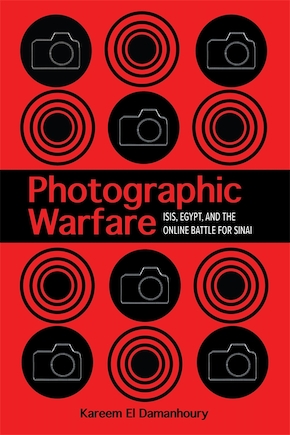