A Personal and Natural History of the Altamaha River

• Learn more about the Altamaha River at the New Georgia Encyclopedia

A Personal and Natural History of the Altamaha River

Janisse Ray was a babe in arms when a boat of her father’s construction cracked open and went down in the mighty Altamaha River. Tucked in a life preserver, she washed onto a sandbar as the craft sank from view. That first baptism began a lifelong relationship with a stunning and powerful river that almost nobody knows.

The Altamaha rises dark and mysterious in southeast Georgia. It is deep and wide bordered by swamps. Its corridor contains an extraordinary biodi­versity, including many rare and endangered species, which led the Nature Conservancy to designate it as one of the world’s last great places.

The Altamaha is Ray’s river, and from childhood she dreamed of paddling its entire length to where it empties into the sea. Drifting into Darien begins with an account of finally making that journey, turning to medita­tions on the many ways we accept a world that contains both good and evil. With praise, biting satire, and hope, Ray contemplates transformation and attempts with every page to settle peacefully into the now.

Though commemorating a history that includes logging, Ray celebrates “a culture that sprang from the flatwoods, which required a judicious use of nature.” She looks in vain for an ivorybill woodpecker but is equally eager to see any of the imperiled species found in the river basin: spiny mussel, American oystercatcher, Radford’s mint, Alabama milkvine. The book explores both the need and the possibilities for conservation of the river and the surrounding forests and wetlands. As in her groundbreaking Ecology of a Cracker Childhood, Ray writes an account of her beloved river that is both social history and natural history, understanding the two as inseparable, particularly in the rural corner of Georgia that she knows best. Ray goes looking for wisdom and finds a river.

I found this book important, evocative, and lovingly written. There are many passages of great beauty, and the author's sincerity and knowledge radiate from every page. Her words sing, crackle, and tingle in the mind long afterward. The book offers a rich blend of local color, universal insight, humor, and environmental passion.

—John Tallmadge, author of The Cincinnati Arch: Learning from Nature in the City

Every endangered ecosystem should have such an eloquent spokesman.

Janisse Ray is, and has always been, the real authentic deal. She feels deeply about the land, the water, the life of this planet. She lives that conviction. And she is blessed with the gift to write about this earth in a way that touches us all. From one Georgia girl to another: Janisse, you and your work inspire me. Read her words. Be inspired.

Other rivers are as storied, as well-loved, and as wild, writes Georgia poet and activist Janisse Ray, 'But the Altamaha is mine.' In this wonderfully fearless narrative, Ray takes her readers into the haunts of giant catfish and rare trees. Enormous blackberries picked in the Altamaha’s swamps, and cancer clusters that include close relations who live near a nuclear power plant, illustrate as never before the link between body and place. In the generously personal prose we count on from Janisse Ray, we are renewed by stories of people who have begun to 'reconcile themselves with their landscape, with their home, and with each other.' And we see how, as they do, Georgia’s irreplaceable 137-mile 'Little Amazon,' also begins to win.

In Ray’s Drifting into Darien readers will feel the poetic beauty enjoyment, and power of paddling in Georgia’s Altamaha River.

An idiosyncratic and passionate book, Drifting Into Darien is Ray’s own call to the river—something between a poem and a prayer, a sermon and a scientific study, a memoir and a field journal. Opening with a week-long kayak trip made with a group of people in memory of the old rafting crews that floated logs down river several generations earlier (when there was still longleaf pine forest to cut), Ray mixes memories with modern-day observations and insight, and becomes a shaman and guide to the reader.

Ray, who danced nature writing into new and fertile terrain with An Ecology of a Cracker Childhood, introduces readers to one of the glories of the South, the Altamaha River. . . . Ray's encompassing, gracefully informative homage to what the Nature Conservancy has designated as one of the '75 Last Great Places' in the world is ecstatic and incensed.

Ray has produced an entertaining and provocative work with vivid descriptions. The book leads readers into thinking about their interactions with the world around them as it provides rich historical and cultural insight into this remarkable geographical feature. It also presents a compelling argument for preservation as opposed to greed.

JANISSE RAY is the author of Pinhook: Finding Wholeness in a Fragmented Land, Wild Card Quilt: Taking a Chance on Home, the best-selling Ecology of a Cracker Childhood, and The Seed Underground: A Growing Revolution to Save Food. She is also the author of a poetry collection, A House of Branches, and coeditor of Between Two Rivers: Stories from the Red Hills to the Gulf. She lives in the Altamaha Community in Reidsville, Georgia. 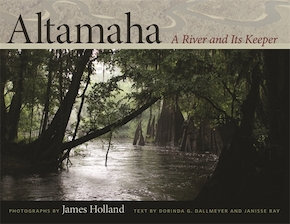 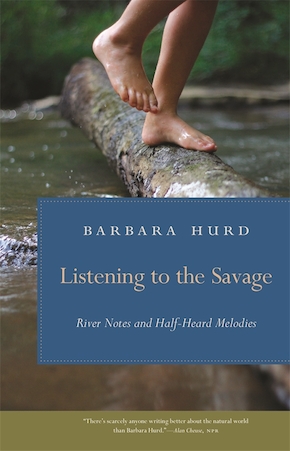