Through a compelling story about the conflict over a notorious Mexican-period land grant in northern New Mexico, David Correia examines how law and property are constituted through violence and social struggle.

Spain and Mexico populated what is today New Mexico through large common property land grants to sheepherders and agriculturalists. After the U.S.-Mexican War the area saw rampant land speculation and dubious property adjudication. Nearly all of the huge land grants scattered throughout New Mexico were rejected by U.S. courts or acquired by land speculators. Of all the land grant conflicts in New Mexico's history, the struggle for the Tierra Amarilla land grant, the focus of Correia's story, is one of the most sensational, with numerous nineteenth-century speculators ranking among the state's political and economic elite and a remarkable pattern of resistance to land loss by heirs in the twentieth century.

Correia narrates a long and largely unknown history of property conflict in Tierra Amarilla characterized by nearly constant violence—night riding and fence cutting, pitched gun battles, and tanks rumbling along the rutted dirt roads of northern New Mexico. The legal geography he constructs is one that includes a surprising and remarkable cast of characters: millionaire sheep barons, Spanish anarchists, hooded Klansmen, Puerto Rican terrorists, and undercover FBI agents. By placing property and law at the center of his study, Properties of Violence provocatively suggests that violence is not the opposite of property but rather is essential to its operation.

What is important in this book is the deep historical detail coupled with Correia’s insistence, fully illustrated, that property is never settled, deeds are never quiet, resistance to new regimes of property is always present. . . . This is engaged, critical, historical geography as it ought to be done.

Correia's remarkable book is not just about New Mexico, not just about land grants. Properties of Violence presents a way of conceiving of property as a mobile, fungible, plastic set of social relations. It offers a process legal geography, not one solely fixated on the 'product' of land grant injustices. . . . When will a serious effort on the New Mexican land grants issue pay material dividends? That's impossible to predict, but for now, storytelling, familiar Nuevo Mexicano dichos, and work like Properties of Violence should help keep the issue alive, active, and relevant for decades to come. And changes in understanding property depend upon on-going stories conscious of the past but relevant now. This book does both.

Properties of Violence is a smart, original, and vibrant retelling of the history of land struggle in northern New Mexico. David Correia, through rigorous archival and ethnographic research, raises compelling questions about the complicated relationships between colonialism, violence, and property that have broad and deep implications for land struggles around the world. Moreover, it is a refreshingly well-written book, nimbly walking the difficult terrain between meticulous scholarship and well-crafted prose that makes it ideal for both the seasoned academic and anyone interested in a riveting story of violence, political struggles, and the very meaning of property.

Property is a site for violence, whether implied or actual. Yet property is also positioned as the means by which violence is kept at bay. It is not for nothing that one talks of the "quieting" of title. David Correia writes against the grain, therefore, in his wonderful excavation of one site in New Mexico to reveal property as a site for struggle and ordering, crosscut with colonialism, race, and class. Property emerges as a live, active, and vitally important concept.

Correia has written a fast-paced, interesting, enjoyable, and academically rigorous book that tells a story of injustice in impeccably precise terms.

Correia brings to the fore issues and actors that have been neglected in most scholarly works on the subject. The result is a well-grounded history of the social production of property claims, and the continual struggle over them in the context of colonial expansionism—both Spanish and Anglo-American—from the late eighteenth century to the early twenty-first.

Properties of Violence is an important contribution accessible to the general public but of enormous relevance to specialists in the field that places the land grant issue in a wider context of ongoing colonialism, involving a wide variety of social groups, to demonstrate that “law is both an object of ownership and an arena of social struggle, and conflict over property claims is always marked by violence” (p. 173).

DAVID CORREIA is an assistant professor in the Department of American Studies at the University of New Mexico. 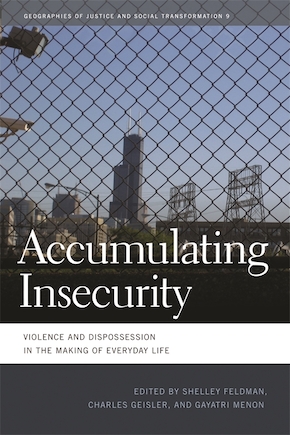