A rogue, a megalomaniac, a plodder, and a depressive: the men whose previously unpublished diaries are collected in this volume were four very different characters. But they had much in common too. All were from the Deep South. All were young, between seventeen and twenty-five. All had a connection to cotton and slaves. Most obviously, all were diarists, enduring night upon night of cramped hands and candle bugs to write out their lives.

Down the furrows of their fathers' farms, through the thickets of their local woods, past the familiar haunts of their youth, Harry Dixon, Henry Hughes, John Coleman, and Henry Craft arrive at manhood via journeys they narrate themselves. All would be swept into the Confederate Army, and one would die in its service. But if their manhood was tested in the war, it was formed in the years before, when they emerged from their swimming holes, sopping with boyhood, determined to become princes among men.

Few books exist about the inner lives of southern males, especially those in adolescence and early adulthood. Princes of Cotton begins to remedy this shortage. These diaries, along with Stephen Berry's introduction, address some of the central questions in the study of southern manhood: how masculine ideals in the Old South were constructed and maintained; how males of different ages and regions resisted, modified, or flouted those ideals; how those ideals could be expressed differently in public and private; and how the Civil War provoked a seismic shift in southern masculinity.

Stephen Berry's presentation of the diaries of four young southern men joins a growing and rich literature on southern masculinities. He is acutely sensitive to the prerogatives and ultimate responsibilities of southern white manhood, but he neither excuses his subjects' fallibilities nor exalts their achievements. With an introduction and epilogue that are at once wonderfully imagined and beautifully written, Princes of Cotton raises important questions about the multivariate ways in which men conceptualized honor, mastery, and themselves. Berry has performed a real service by demonstrating the simultaneous simplicity and complexity of white manhood in the antebellum South.

That the lost generation of World War I in Europe has received such study and the generation lost in the Civil War has not is astounding. The fact will not be corrected by one volume, but these texts are an extraordinary place to begin. The introduction is elegant and does a superb job of framing the challenges that an emergent gender history faces in addressing young, unmarried men in the antebellum South as well as more generally in the mid-nineteenth century.

—David Moltke-Hansen, President of the Historical Society of Pennsylvania

Princes of Cotton is an extraordinary contribution to southern history. Stephen Berry will surely be lauded for his superb performance of literary service.

STEPHEN BERRY is an associate professor of history at the University of Georgia. His books include House of Abraham: Lincoln and the Todds, a Family Divided by War; All That Makes a Man: Love and Ambition in the Civil War South, and Princes of Cotton: Four Diaries of Young Men in the South, 1848-1860 (Georgia). 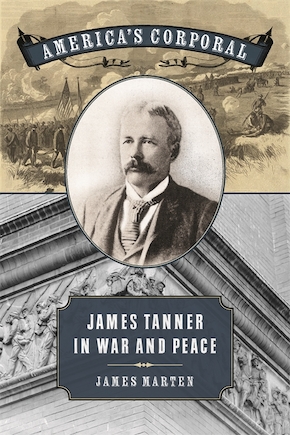