The hungrily awaited sixth volume in the Cornbread Nation series tells the story of the American South-circa now-through the prism of its food and the people who grow, make, serve, and eat it. The modern South serves up a groaning board of international cuisines virtually unknown to previous generations of Southerners, notes Brett Anderson in his introduction. Southern food, like the increasingly globalized South, shows an open and cosmopolitan attitude toward ethnic diversity. But fully appreciating Southern food still requires fluency with the region's history, warts and all. The essays, memoirs, poetry, and profiles in this book are informed by that fluency, revealing topics and people traditional as well as avant garde, down home as well as urbane.

This collection captures both the spirit and the history of Southern food culture. The breadth of this collection is inspiring. To be able to read Frederick Douglass next to Edward Behr and Michael Pollan is exciting to me. As someone who is passionate about American culinary history and culture, I was also pleased to find that these writings really challenged some of my most basic assumptions about why Southern cuisine exists as it does today.

A veritable feast of good writing and original thinking . . . Like the well-made meal, it's carefully sequenced to document tradition as well as innovation, history as well as the surprisingly new.

—Tom Rankin, Director of the Center for Documentary Studies at Duke University

Southern food has become high profile, but there is not a better book than Cornbread Nation 6 to understand its appeal. From family tables to city restaurants, from Cajuns to Texans to Geechee girls, from slave food to contemporary ethnic offerings, this book offers engaging and informed stories of the diversity of southern foodways. A book that gives food voices from Frederick Douglass to Wendell Berry (by way of Michael Pollan) should be consumed with gusto. Pour a beverage, whether bourbon or Cheerwine, and sit down with this book on the porch. The light will shine.

Not all for the serious, scholarly or scientific . . . Cornbread Nation 6 also brings humor and humanity to what could ultimately be the best on-going collection of food writing in America today.

Southern cuisine is a moving target unwilling to lie still for even the discriminating palates of Southern food writers. But thankfully, those folks are still out there, cheering, challenging and chewing on everything that Southern food has come to represent. Their stories come together in Cornbread Nation 6. . . . [I]t gives a revealing and insightful look at [Southern cuisine's] evolution.

I've hardly put the volume down.

Reading is a pleasure that most of us wish we could do more often, if only time and energy would allow it. Reading about food is an even more exquisite treat for some; if the focus happens to be Southern food, well, that's simply icing on the cake. Luckily, for those who appreciate all that the world of Southern food entails, there's Cornbread Nation. . . . [Brett Anderson] has created a compilation that will literally make the reader salivate.

BRETT ANDERSON is the restaurant critic and a features writer at the New Orleans Times-Picayune. The winner of two James Beard awards for journalism, Anderson has written for such publications as Gourmet, Food & Wine, and the Washington Post. 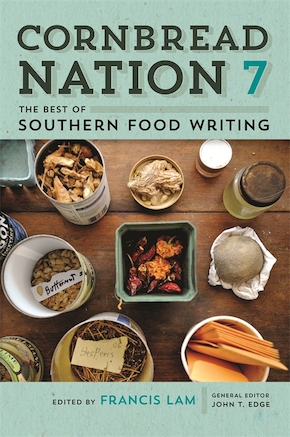 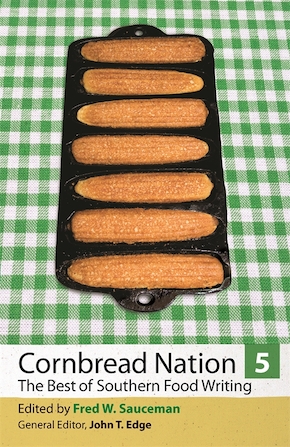 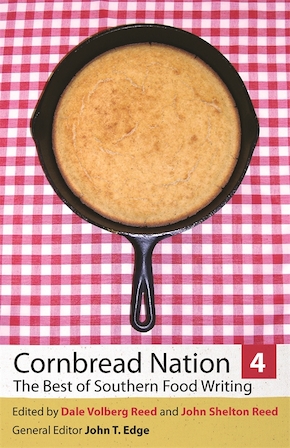