In the late twentieth century, residents of the Blue Ridge mountains in western North Carolina fiercely resisted certain environmental efforts, even while launching aggressive initiatives of their own. Kathryn Newfont examines the environmental history of this region over the course of three hundred years, identifying what she calls commons environmentalism-a cultural strain of conservation in American history that has gone largely unexplored.

Efforts in the 1970s to expand federal wilderness areas in the Pisgah and Nantahala national forests generated strong opposition. For many mountain residents the idea of unspoiled wilderness seemed economically unsound, historically dishonest, and elitist. Newfont shows that local people's sense of commons environmentalism required access to the forests that they viewed as semipublic places for hunting, fishing, and working. Policies that removed large tracts from use were perceived as "enclosure" and resisted.

These battles often pitted industrialists against environmentalists. Newfont argues that the side that most effectively hitched its cause to local residents' commons culture usually won. A few perceptive activists realized that the same cultural ground that yielded wilderness opposition could also produce ambitious protection efforts, such as Blue Ridge residents' opposition to petroleum exploration and clearcut timber harvesting.

Incorporating deep archival work and years of interviews and conversations with Appalachian residents, Blue Ridge Commons reveals a tradition of people building robust forest protection movements on their own terms.

The Blue Ridge forests, and the human communities they have sustained, have found in Kathryn Newfont an historian who deftly captures their cultural significance and environmental import. Blue Ridge Commons provides a close reading of local aspirations and needs, and suggests how what has happened in these particular mountains also has been manifest across the nation and globe. It is an inspired contribution to the writing of American environmental history.

Very well written and carefully researched, Blue Ridge Commons breaks new ground in Appalachian history and in our broader understanding of the politics of environmental movements. Newfont's central premise, the idea of commons environmentalism, is timely both for historians and for environmental activists, and her book will be recognized down the road, I believe, as a seminal publication that helped to change the way we understand Appalachian culture and its complex relationship to the land.

Blue Ridge Commons makes a valuable contribution to the growing field of southern environmental history. . . . Anyone ever left deeply unsatisfied by the rhetorical dichotomy of 'jobs-versus-the-environment' will find great satisfaction in the framework of commons environmentalism and the new ways Newfont helps us understand. . .

KATHRYN NEWFONT is an associate professor of history and faculty chair for the Ramsey Center for Regional Studies at Mars Hill College. 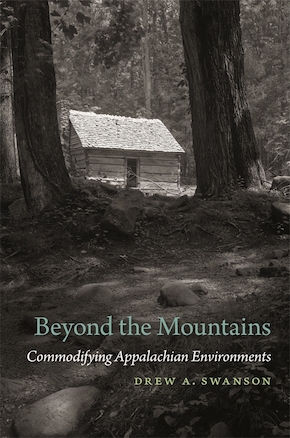