Just days before Christmas 1989, bombs delivered through the U.S. mail exploded in two southern states, taking the lives of a federal judge in Alabama and a civil rights attorney in Georgia. The same week, two more deadly packages were intercepted en route to a federal courthouse and an office of the National Association for the Advancement of Colored People. Blind Vengeance is the riveting account of the frantic federal, state, and local investigations that ensued, eventually resulting in the arrest and conviction of Walter Leroy Moody Jr., a small-time con man who blamed society for his failures.

In-depth portraits of the victims and their killer show three men representative of the changing South: the privileged white man, Judge Robert Smith Vance of Birmingham, who saw the necessity of political changes; the black lawyer and city alderman, Robert Robinson of Savannah, who prevailed in a segregated society to become a respected professional figure; and the embittered lifelong criminal Roy Moody, who led a brooding, solitary life on the edges of society.

Ray Jenkins's research is based on new information from interviews, record searches, and unprecedented access to Moody's psychiatric profile. The result is a chilling exploration of the mind of a killer blinded by a desire for revenge.

The reader is drawn here into the bizarre mind of the bomber and the peculiar events that unraveled his plan. A compelling description of the birth of a terrorist that both lay readers and scholars will find elucidating.

True-crime aficionados will revel in the bits of verifying reality that Jenkins details in his excellent triple biography of mail-bomber Roy Moody and the two men he killed, a federal judge and a prominent African American lawyer. . . . He produces a dynamic story of racism, the slow death of a culture of racial hatred, and a man of that culture-Moody-who determined to act on his convictions and resentments. Jenkins brings understanding and perspective to this episode in the journey from the Old South to the more inclusive modern South.

A disciplined, incisive reconstruction of one of the century's most notorious crimes: the 1989 mail-bomb assassination of a federal judge and an NAACP attorney . . . Jenkins's recounting of the crimes, investigation, and trial is as suspenseful as his wide-net harvest of historical context is enlightening.

Highly readable . . . Equal parts biography, legal drama, and political/social history of the South through an era of searing change . . . Jenkins suggests that Moody is a 'kindred soul' to Timothy McVeigh, the convicted Oklahoma City bomber, and the 'Unabomber,' whose devices killed three people and wounded sixteen others over eighteen years.

Informative in ways that skilled journalism often is-detailed, fact-filled, richly descriptive-and, in reading a bit like police procedurals (all the ingredients are here-detection, chase, trial, punishment).

Recommended reading for all students of the American South as well as mental health officials, police officers, psychologists, psychiatrists, and politicians everywhere. Its theme is universal.

—Dan Carter, author of The Politics of Rage: George Wallace, the Origins of Conservatism, and the Transformation of American Politics

RAY JENKINS is a Pulitzer Prize-winning former syndicated columnist and editorial page editor with the Baltimore Sun. A Georgia native, he makes his home in Baltimore. 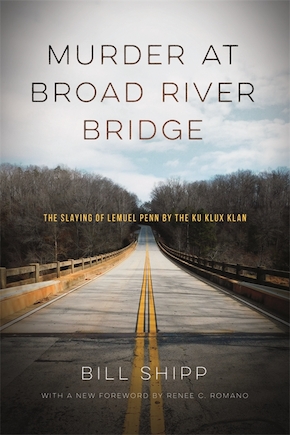 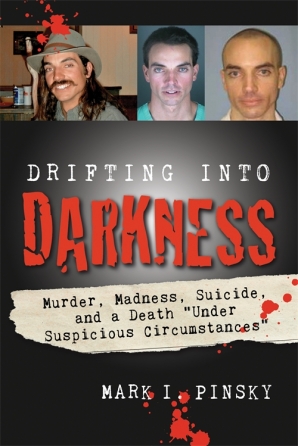