Rwandan Youth and the Struggle for Adulthood

Published with the generous support of United States Institute of Peace

Rwandan Youth and the Struggle for Adulthood

Young people are transforming the global landscape. As the human popu­lation today is younger and more urban than ever before, prospects for achieving adulthood dwindle while urban migration soars. Devastated by genocide, hailed as a spectacular success, and critiqued for its human rights record, the Central African nation of Rwanda provides a compelling setting for grasping new challenges to the world's youth.

Spotlighting failed masculinity, urban desperation, and forceful governance, Marc Sommers tells the dramatic story of young Rwandans who are "stuck," striving against near-impossible odds to become adults. In Rwandan culture, female youth must wait, often in vain, for male youth to build a house before they can marry. Only then can male and female youth gain acceptance as adults. However, Rwanda's severe housing crisis means that most male youth are on a treadmill toward failure, unable to build their house yet having no choice but to try. What follows is too often tragic. Rural youth face a future as failed adults, while many who migrate to the capital fail to secure a stable life and turn fatalistic about contracting HIV/AIDS.

Featuring insightful interviews with youth, adults, and government officials, Stuck tells the story of an ambitious, controlling government trying to gov­ern an exceptionally young and poor population in a densely populated and rapidly urbanizing country. This pioneering book sheds new light on the struggle to come of age and suggests new pathways toward the attainment of security, development, and coexistence in Africa and beyond.

Published in association with the United States Institute of Peace

An incisive, thoroughly researched, and empathic inquiry into how the youth in Rwanda cope with survival, adulthood, the legacy of genocide, and an oppressive state.

Stuck: Rwandan Youth and the Struggle for Adulthood should be must reading for policy makers, aid officials, and leaders of post-war societies who are concerned about youth. Sommers's findings call into question much of the conventional wisdom about youth in war-torn societies, and are a reminder of the importance of listening to the priorities and perspectives of the poor youth majority of these societies before drafting policies and programs designed to assist youth. Policies divorced from the realities of these youth will inevitably be counter-productive and will fail. Along the way, Sommers offers important insights into the political dynamics and prospects of post-genocide Rwanda. It is to be hoped that Sommers's insightful critique of Rwandan policies will be met not with defensiveness but with an open and comprehensive review of government assumptions and practices.

An eloquent, evocative, and deeply moving account of young Rwandans straining against near-impossible odds to come of age. The story that unfolds in rural valleys and city neighborhoods is compelling and tragic, and has much to tell us about gender, governance, social control, resistance, and dignity. A must-read for policymakers and anyone interested in the realities of young people today.

—John Prendergast, Cofounder of the Enough Project and coauthor of Unlikely Brothers: Our Story of Adventure, Loss, and Redemption

Stuck is an unusual and hauntingly sad book. It is a solidly research sociological study of what youth in today's Rwanda see as their prospects.

Marc Sommers has written a remarkable book . . . The power of [his] study is that it shines a light on Rwanda's youth bulge and highlights the negative sociopolitical and cultural impacts of failing to address the near-impossibility of becoming adults in contemporary Rwanda.

This ethnography of Rwandan youth is a valuable addition to the literature on both African youth and contemporary Rwanda. . . . [Stuck] is written in an accessible, engaging style, mixing ethnographic detail and stories with analysis and reflection.

Marc Sommers' account of the plight of Rwanda's poor youth majority is in many respects a commandingly authoritative portrait of a looming calamity which contrasts sharply with other accounts of the dynamism and resourcefulness of African youth. . . . Stuck is certainly an incisive and sophisticated account of the Rwandan state and policy environment.

—Will Rollason, Journal of the Royal Anthropological Institute

Thanks to his talents as a writer and ethnographer as well as his experience in the policy world, Sommers has produced a highly readable book of theoretical significance. . . .Sommers's strength is his engagement with the transcontinental literature on African youth and urbanization. [Stuck] is vital reading for scholars of Africa, policy makers, and development workers.

MARC SOMMERS is an internationally recognized youth expert with research experience in over twenty war-affected countries. He has provided analysis and technical advice to policy institutes, donor and United Nations agencies, and NGOs. He also is the author of seven previous books, including Stuck: Rwandan Youth and the Struggle for Adulthood (Georgia), which received an Honorable Mention for the African Studies Association's Bethwell A. Ogot BookPrize, Islands of Education: Schooling, Civil War, and the Southern Sudanese (1983-2004), and Fear in Bongoland: Burundi Refugees in Urban Tanzania, which received the Margaret Mead Award. 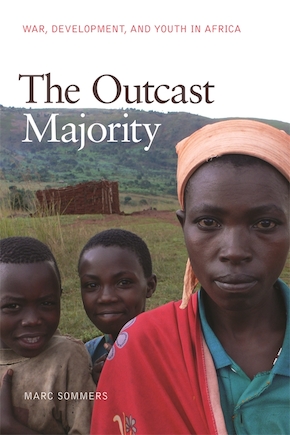 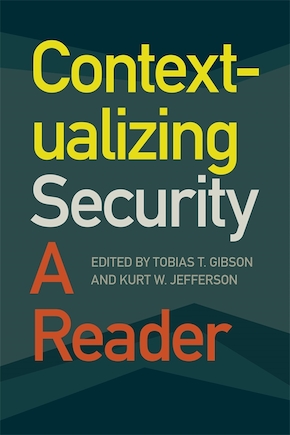