Jack London (1876-1916), known for his naturalistic and mythic tales, remains among the most popular and influential American writers in the world. Jack London's Racial Lives offers the first full study of the enormously important issue of race in London's life and diverse works, whether set in the Klondike, Hawaii, or the South Seas or during the Russo-Japanese War, the Jack Johnson world heavyweight bouts, or the Mexican Revolution. Jeanne Campbell Reesman explores his choices of genre by analyzing racial content and purpose and judges his literary artistry against a standard of racial tolerance. Although he promoted white superiority in novels and nonfiction, London sharply satirized racism and meaningfully portrayed racial others-most often as protagonists-in his short fiction.

Why the disparity? For London, racial and class identity were intertwined: his formation as an artist began with the mixed "heritage" of his family. His mother taught him racism, but he learned something different from his African American foster mother, Virginia Prentiss. Childhood poverty, shifting racial allegiances, and a "psychology of want" helped construct the many "houses" of race and identity he imagined. Reesman also examines London's socialism, his study of Darwin and Jung, and the illnesses he suffered in the South Seas.

With new readings of The Call of the Wild, Martin Eden, and many other works, such as the explosive Pacific stories, Reesman reveals that London employed many of the same literary tropes of race used by African American writers of his period: the slave narrative, double-consciousness, the tragic mulatto, and ethnic diaspora. Hawaii seemed to inspire his most memorable visions of a common humanity.

Jack London's attitudes toward and treatments of the race issue in his public statements and in his fiction constitute one of the most controversial and problematic aspects of his complex persona. Reesman's study is both exhaustive and definitive. She rightly argues that London's attitudes defy simplification, not only because he was divided on the issue in his own mind but also because his attitudes were dynamic, not static. She has deftly analyzed the causes of his ambivalence and accurately traced the course of his significant attitudinal changes through both his fiction and his nonfiction.

Almost certainly destined to be a 'lion in the path' to all future work on Jack London.

—Lawrence I. Berkove, coeditor of The Short Fiction of Ambrose Bierce: A Comprehensive Edition, Volume I

This is an important book, not only because Jack London is an important and often underappreciated writer but because the contradictions and ambiguities about race that marked London's work continue, alas, to mark American society and politics to this very day. Reading London, as this book so vividly shows, is reading ourselves.

History seems to have dealt London a bad hand as he's now best remembered as an adventure story writer meant for Boy Scouts and teen naturalists. Reesman knows better. Her detailed explications of London's life and writings reveal the complicated and radical thought behind his fiction.

Jack London's Racial Lives reveals the ambiguity of London's temperamental views of race while making a case that he was progressive and radical in his racial views in some of his work. Was Jack London a racist? Yes, the answer seems to be, but it's complicated.

JEANNE CAMPBELL REESMAN is a professor of English at the University of Texas at San Antonio. She is the author of American Designs: The Late Novels of James and Faulkner and Jack London: A Study of the Short Fiction. Her other books include Trickster Lives and Speaking the Other Self (both Georgia). 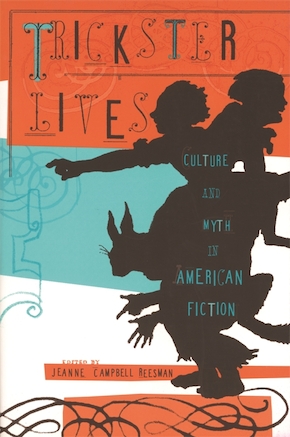