Home > Mary Turner and the Memory of Lynching

Mary Turner and the Memory of Lynching

• Learn more about lynching at the New Georgia Encyclopedia

Mary Turner and the Memory of Lynching

Mary Turner and the Memory of Lynching traces the reaction of activists, artists, writers, and local residents to the brutal lynching of a pregnant woman near Valdosta, Georgia. In 1918, the murder of a white farmer led to a week of mob violence that claimed the lives of at least eleven African Americans, including Hayes Turner. When his wife Mary vowed to press charges against the killers, she too fell victim to the mob.

Mary’s lynching was particularly brutal and involved the grisly death of her eight-month-old fetus. It led to both an entrenched local silence and a widespread national response in newspaper and magazine accounts, visual art, film, literature, and public memorials. Turner’s story became a centerpiece of the Anti-Lynching Crusaders campaign for the 1922 Dyer Bill, which sought to make lynching a federal crime. Julie Buckner Armstrong explores the complex and contradictory ways this horrific event was remembered in works such as Walter White’s report in the NAACP’s newspaper the Crisis, the “Kabnis” section of Jean Toomer’s Cane, Angelina Weld Grimké’s short story “Goldie,” and Meta Fuller’s sculpture Mary Turner: A Silent Protest against Mob Violence.

Like those of Emmett Till and Leo Frank, Turner’s story continues to resonate on multiple levels. Armstrong’s work provides insight into the different roles black women played in the history of lynching: as victims, as loved ones left behind, and as those who fought back. The crime continues to defy conventional forms of representation, illustrating what can, and cannot, be said about lynching and revealing the difficulty and necessity of confronting this nation’s legacy of racial violence.

[Armstrong's] research and writing bring a horrific chapter of American history into the light.

In her gripping account of how one lynching has moved through cultural memory, Armstrong reminds us why we must never be silent in the face of injustice. This is a groundbreaking book, one that should be read by anyone interested in the power of art and scholarship to change the way we talk about race in America.

—Christopher Metress, editor of The Lynching of Emmett Till: A Documentary Narrative

Armstrong's book makes a significant and unique contribution to lynching scholarship and bridges academia and the community, by considering the efforts towards restorative justice that offer additional insight into what lynching means and has meant to the communities affected by these tragedies. Her literary and historical analyses of representations of Mary Turner offer evocative insights into how and why our understanding of an event—especially one as fraught as lynching—cannot be divorced from the social and cultural discourses that catalyzed it.

The ghastly murder of Mary Turner in 1918 rural Georgia, though half-forgotten, nevertheless remains an iconic image in the American experience. To this terrible tragedy Julie Buckner Armstrong brings a powerfully written, deeply researched, penetrating vision not only of the horror but of our memory of that horror. She shows that the truth of racial violence will always come to us only through journalism, literature, film, and art — memory. Though she writes about a great ugliness, Julie Buckner Armstrong brings uncommon grace and lively skill as a writer, not to mention impressive insight. I found it almost impossible to put this book down once I started.

—Christopher Waldrep, author of Jury Discrimination: The Supreme Court, Public Opinion, and a Grassroots Fight for Racial Equality in Mississippi

Lyrically written, [Mary Turner and the Memory of Lynching] connects an impressive array of literary, artistic, and popular sources in an effort to understand what lynching means to a variety of communities. . . .It is not an easy subject, Armstrong reminds us; she and others have struggled to avoid sterility, sensationalism, or sentimentality. Ultimately, this book succeeds in calling readers to connect themselves to the past, and the past to the present, demanding that we all become accountable to history.

Armstrong’s [book] is the only study to systematically examine how a lynched black female has been remembered. This book deserves a wide audience. . . .Essential.

This book should become the most important study of a single lynching available. In compelling prose, Armstrong traces how different groups of Americans work to remember and to forget Mary Turner’s lynching and what these stories can tell us about the relationship of historical memory and racial violence in America.

—Grace Elizabeth Hale, author of Making Whiteness: The Culture of Segregation in the South, 1890–1940

Strongly attentive to race, gender, and the unstable, shifting strands of detail and meaning, Armstrong painstakingly traces successive narratives of the lynching of Turner. . . . Her book joins the important work of scholars such as Sherrilyn Ifill in seeking to address the painful memory and legacy of lynching in American history.

JULIE BUCKNER ARMSTRONG is an associate professor of English at the University of South Florida, St. Petersburg. She is coeditor of Teaching the American Civil Rights Movement: Freedom's Bittersweet Song. 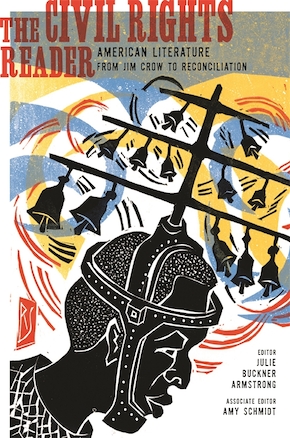