or, The Travel Notes of a Geechee Girl

or, The Travel Notes of a Geechee Girl

Vibration Cooking was first published in 1970, not long after the term “soul food” gained common use. While critics were quick to categorize her as a proponent of soul food, Smart-Grosvenor wanted to keep the discussion of her cookbook/memoir focused on its message of food as a source of pride and validation of black womanhood and black “consciousness raising.”

In 1959, at the age of nineteen, Smart-Grosvenor sailed to Europe, “where the bohemians lived and let live.” Among the cosmopolites of radical Paris, the Gullah girl from the South Carolina low country quickly realized that the most universal lingua franca is a well-cooked meal. As she recounts a cool cat’s nine lives as chanter, dancer, costume designer, and member of the Sun Ra Solar-Myth Arkestra, Smart-Grosvenor introduces us to a rich cast of characters. We meet Estella Smart, Vertamae’s grandmother and connoisseur of mountain oysters; Uncle Costen, who lived to be 112 and knew how to make Harriet Tubman Ragout; and Archie Shepp, responsible for Collard Greens à la Shepp, to name a few. She also tells us how poundcake got her a marriage proposal (she didn’t accept) and how she perfected omelettes in Paris, enchiladas in New Mexico, biscuits in Mississippi, and feijoida in Brazil. “When I cook, I never measure or weigh anything,” writes Smart-Grosvenor. “I cook by vibration.”

This edition features a foreword by Psyche Williams-Forson placing the book in historical context and discussing Smart-Grosvenor’s approach to food and culture. A new preface by the author details how she came to write Vibration Cooking.

You will learn from Vibration Cooking something about the anger, pride, generosity, and will of one black woman. Vertamae’s autobiography-travelogue-cookbook has a rare distinction: There’s something in it for everybody—of either sex or any color.

The fact that Vibration Cooking is now in its fourth reprinting bespeaks both its popularity and its necessity. The current scholarly interest in women’s studies, African American studies, African diasporic studies, and food studies provides no better time for reacquainting readers with Vertamae’s work. Her book is no less important now than when she first penned it over forty years ago. . . . Black food is more than kitchen scraps; black women are more than mammy figures, and black culture is more than a monolith. . . . I like this book!

—Psyche Williams-Forson, from the foreword

VERTAMAE SMART-GROSVENOR (1937–2016) was a poet, actress, culinary anthropologist, and writer. She is the author of Thursdays and Every Other Sunday Off: A Domestic Rap, Vertamae Cooks in the Americas’ Family Kitchen, and Vertamae Cooks Again: More Recipes from the Americas’ Family Kitchen. She has served as a correspondent and host for National Public Radio and written for the New York Times, the Village Voice, the Washington Post, Life, Ebony, and Essence. 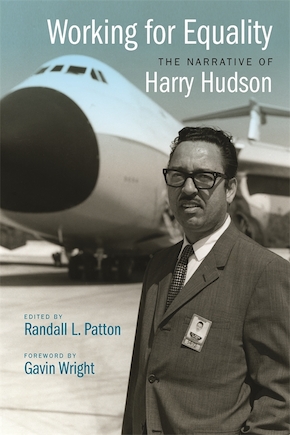