Apples and Ashes offers the first literary history of the Civil War South. The product of extensive archival research, it tells an expansive story about a nation struggling to write itself into existence. Confederate literature was in intimate conversation with other contemporary literary cultures, especially those of the United States and Britain. Thus, Coleman Hutchison argues, it has profound implications for our understanding of American literary nationalism and the relationship between literature and nationalism more broadly.

Apples and Ashes is organized by genre, with each chapter using a single text or a small set of texts to limn a broader aspect of Confederate literary culture. Hutchison discusses an understudied and diverse archive of literary texts including the literary criticism of Edgar Allan Poe; southern responses to Uncle Tom's Cabin; the novels of Augusta Jane Evans; Confederate popular poetry; the de facto Confederate national anthem, "Dixie"; and several postwar southern memoirs. In addition to emphasizing the centrality of slavery to the Confederate literary imagination, the book also considers a series of novel topics: the reprinting of European novels in the Confederate South, including Charles Dickens's Great Expectations and Victor Hugo's Les Misérables; Confederate propaganda in Europe; and postwar Confederate emigration to Latin America.

In discussing literary criticism, fiction, poetry, popular song, and memoir, Apples and Ashes reminds us of Confederate literature's once-great expectations. Before their defeat and abjection-before apples turned to ashes in their mouths-many Confederates thought they were in the process of creating a nation and a national literature that would endure.

Beautifully written and compellingly argued, this first literary history of the Confederacy displays its author's extensive knowledge of book history, print culture, Civil War history, and political theory. Hutchison shows that there was a significant literary culture in the Confederate States, and he pushes us to think against the grain in taking account of that literature as a 'national' literature. One of his major contributions is to offer a new, more complex, and contingent way of thinking about U.S. literary nationalism. I am confident that Apples and Ashes will become a standard work in the field of nineteenth-century American literary/cultural studies.

Apples and Ashes impressively grapples with and argues for the significance of Confederate literary production, placing it in the context of an array of historical, literary and interdisciplinary conversations. Hutchison's argument, that we should take seriously Confederate literature's nationalist aspirations, positions its relevance to the interdisciplinary field of American Studies. Its focus on a completely understudied body of southern literature will make it of central importance to Southern studies and American literary studies.

Forget the 'house divided' as the Civil War's familiar hallmark, even in the making of Confederate culture. Hutchison wisely supplements resisting Northern paradigms in print with a strategic embrace of European literary conventions. As a result, Apples and Ashes will be of keen interest to Civil War historians intrigued by literature's nation-building capacity, to literary critics impatient with the persistent gap between Melville and Twain, to transatlantic scholars newly roused by the war's transnational repercussions, and to globalists caught up in New Southern Studies across multiple disciplines.

—Kathleen Diffley, editor of To Live and Die: Collected Stories of the Civil War, 1861-1876

In addition to mounting a fresh and compelling inquiry into literary nationalism, Coleman Hutchison has written an excellent study of a people, time, and place judged by many, including some of the century's most esteemed critics, to have produced no literature worth reading. Apples and Ashes makes a powerful case that the defeat of the Confederacy obscured the considerable merits of its literature.

—Eric J. Sundquist, author of King's Dream: The Legacy of Martin Luther King’s "I Have a Dream" Speech

Hutchison's study of the literature of the Confederacy is unique, the first volume devoted exclusively to this subject. . . . Highly recommended.

With chapters addressing bookmaking, music, and memoir, Apples and Ashes is impressively researched and beautifully delivered.

Coleman Hutchison's Apples and Ashes is a welcome addition to the robust and ever-growing field of Confederate nationalism scholarship.

COLEMAN HUTCHISON is an assistant professor of English at the University of Texas at Austin. 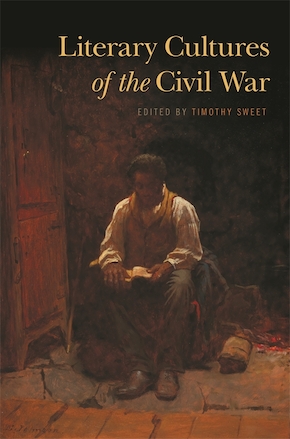