At the turn of the twentieth century, representations of "white collar" Americans-the "middle" social strata H. L. Mencken ridiculed as boobus Americanus-took on an ever-greater prominence within American literature and popular culture. Magazines like the Saturday Evening Post idolized businessmen and "average Americans," while books like Winesburg, Ohio and Babbitt produced new portraits of "middle America." In White Collar Fictions, Christopher P. Wilson explores how these white collar representations became part and parcel of a new social class coming to terms with its own power, authority, and contradictions. By investigating the material experience and social vocabularies within white collar life itself, Wilson uncovers the ways in which writers helped create a new cultural vocabulary-"Babbittry," the "little people," the "Average American"-that served to redefine power, authority, and commonality in American society. An innovative study that integrates literary analysis with social history, White Collar Fictions reexamines the life and work of Sherwood Anderson, Sinclair Lewis, and such nearly forgotten authors as O. Henry, Edna Ferber, Robert Grant, and Elmer Rice.

An exemplary work of 'new' literary history that is certain to be welcomed both by scholars of American literature and by those concerned with reimagining the interdisciplinarity of American Studies.

[A] splendid exploration of turn-of-the-century literary treatments of and by 'the new middle classes.'

The goals of a book such as White Collar Fictions are both narrowly literary and broadly cultural: to recover a neglected portion of our literary heritage and teach us to read it again and to make us aware of the 'cultural solubility' of writing, by which it helps to form our notion of 'common sense,' in this case our understanding of the middle class. The book succeeds magnificently in both respects. . . . An example of the new American cultural studies at their best.

Wilson's method produces a rich analysis of the relations between class, fiction, and culture. . . . A provocative study of American literature and culture at the turn of the century and a model of interdisciplinary scholarship.

CHRISTOPHER P. WILSON is a professor of English at Boston College. He is the author of The Labor of Words: Literary Professionalism in the Progressive Era (Georgia), Cop Knowledge: Police Power and Cultural Narrative in 20th Century America, and Learning to Live with Crime: American Crime Narrative in the Neoconservative Turn. 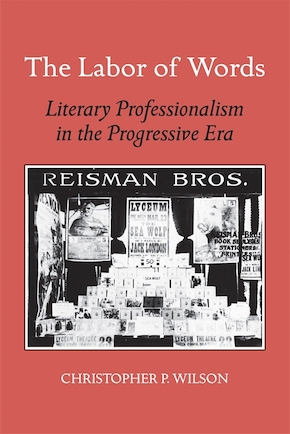