Bioregionalism is an innovative way of thinking about place and planet from an ecological perspective. Although bioregional ideas occur regularly in ecocritical writing, until now no systematic effort has been made to outline the principles of bioregional literary criticism and to use it as a way to read, write, understand, and teach literature.

The twenty-four original essays here are written by an outstanding selection of international scholars. The range of bioregions covered is global and includes such diverse places as British Columbia’s Meldrum Creek and Italy’s Po River Valley, the Arctic and the Outback. There are even forays into cyberspace and outer space. In their comprehensive introduction, the editors map the terrain of the bioregional movement, including its history and potential to inspire and invigorate place-based and environmental literary criticism.

Responding to bioregional tenets, this volume is divided into four sections. The essays in the “Reinhabiting” section narrate experiments in living-in-place and restoring damaged environments. The “Rereading” essays practice bioregional literary criticism, both by examining texts with strong ties to bioregional paradigms and by opening other, less-obvious texts to bioregional analysis. In “Reimagining,” the essays push bioregionalism to evolve—by expanding its corpus of texts, coupling its perspectives with other approaches, or challenging its core constructs. Essays in the “Renewal” section address bioregional pedagogy, beginning with local habitat studies and concluding with musings about the Internet.

In response to the environmental crisis, we must reimagine our relationship to the places we inhabit. This volume shows how literature and literary studies are fundamental tools to such a reimagining.

The bioregional perspective has been around for over forty years now. It has persistently and quietly examined and analyzed the ways modern people live in their landscapes. Combining ecological and geomorphological science with culture and politics, it lays the groundwork for better ways to be on earth. This welcome anthology of cultural papers brings together a range of well-imagined texts and puts the bioregional project front and center for humanists, educators, and scientists.

—Gary Snyder, author of The Practice of the Wild

This is a terrific book and a landmark contribution to our field. The essays are readable, intelligent, provocative, and grounded in the latest scholarship; they address timely and wide-ranging topics in judicious, illuminating, and sometimes unsettling ways. I predict that this will become an essential reference for both theory and practice.

—John Tallmadge, author of The Cincinnati Arch: Learning from Nature in the City

This lucid, engaging, and learned collection has its feet on the ground and both a magnifying glass and binoculars in its hands. A terrific and practical resource, full of intriguing ideas, literary examples, and appealing places—this book will win converts to the bioregional way of thinking.

—SueEllen Campbell, lead author of The Face of the Earth: Natural Landscapes, Science, and Culture

Whether the essays in this astonishing anthology examine bioregionalism in the city or in postcolonial and international scenarios, in a genre such as science fiction or in social media on the Internet, they bring ways of thinking about the relationship of self, community, and place from the 1970s resolutely into the twenty-first century. One of the most refreshing and stimulating aspects of this essay collection is its inclusion of voices that are critical of or even antagonistic to the idea of bioregionalism as an organizing category of environmentalist thought, so that the book conveys a sense of lively intellectual controversy rather than dogmatic sermons. No one interested in the imagination of place from an environmental perspective will be able to ignore this fascinating and diverse collection.

—Ursula K. Heise, author of Sense of Place and Sense of Planet: The Environmental Imagination of the Global

This anthology of well-crafted, thoughtful essays is a genuine pleasure to read and may become as much of a treasured and well-thumbed document as The Ecocriticism Reader (1996).

[T]he editors [of The Bioregional Imagination] elegantly illustrate the wide variety of practices occurring in communities all over the world that are bioregional in nature, while providing a succinct and lucid history of how the bioregional philosophy and movement has evolved. . . . For anyone working in ecocriticism, environmental writing, or bioregional sustainability, it promises to be of much value, reaching classic status in the bioregional literature canon.

The Bioregional Imagination makes a valuable contribution to the Venn diagram field of ecocriticism, where literature, science, and yes, activism, can and should coexist.

[T]he strength of this collection comes through the focus on the alliance of 'bioregional literature (and be extension, art) and criticism' in encouraging and creating enriching and beneficial experiences of place. . . . It is a mark of success of The Bioregional Imagination that readers are compelled to reappraise and rethink their relationship with place: to understand that to think and act bioregionally is to do much more than endorse stylised images of regional localities (the 'heritage' versions of local identity and place) and to subscribe obediently to 'green' values.

CHERYLL GLOTFELTY is a professor of literature and the environment at the University of Nevada, Reno. She is the editor of Literary Nevada: Writings from the Silver State and a coeditor of The Bioregional Imagination: Literature, Ecology, and Place. She is a founding officer of the Association for the Study of Literature and Environment. 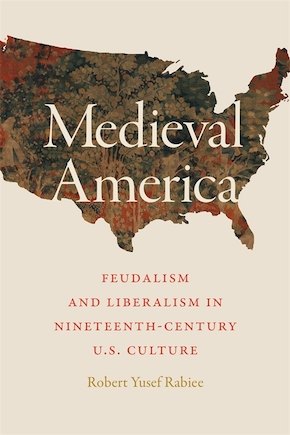