The American Far Right in the Civil Rights Era

The American Far Right in the Civil Rights Era

The decade following the 1954 Brown v. Board of Education decision saw white southerners mobilize in massive resistance to racial integration. Most segregationists conceded that ultimately they could only postpone the demise of Jim Crow. Some militant whites, however, believed it possible to win the civil rights struggle. Histories of the black freedom struggle, when they mention these racist zealots at all, confine them to the margin of the story.

These extremist whites are caricatured as ineffectual members of the lunatic fringe. Civil rights activists, however, saw them for what they really were: calculating, dangerous opponents prepared to use terrorism in their stand against reform. To dismiss white militants is to underestimate the challenge they posed to the movement and, in turn, the magnitude of civil rights activists' accomplishments. The extremists helped turn massive resistance into a powerful political phenomenon. While white southern elites struggled to mobilize mass opposition to racial reform, the militants led entire communities in revolt.

Rabble Rousers turns traditional top-down models of massive resistance on their head by telling the story of five far-right activists-Bryant Bowles, John Kasper, Rear Admiral John Crommelin, Major General Edwin Walker, and J. B. Stoner-who led grassroots rebellions. It casts new light on such contentious issues as the role of white churches in defending segregation, the influence of anti-Semitism in southern racial politics, and the divisive impact of class on white unity. The flame of the far right burned brilliantly but briefly. In the final analysis, violent extremism weakened the cause of white southerners. Tactical and ideological tensions among massive resisters, as well as the strength and unity of civil rights activists, accelerated the destruction of Jim Crow.

Webb is a talented historian who is not afraid to tackle big and difficult questions. In Rabble Rousers, he introduces a distinctive and strikingly new approach to the history of militant segregationists. The result is a major contribution to our understanding of the post-World War II South.

—Raymond Arsenault, author of The Sound of Freedom: Marian Anderson, the Lincoln Memorial, and the Concert That Awakened America

Clive Webb meticulously documents how white supremacists tried to crush democratic rights in the name of freedom in the cold war era, their racial terrorism encouraged by mainstream conservatives whose coded racist rhetoric pushed working-class whites to vote and act against their own self-interests. Be prepared to be greatly disturbed by this chronicle of a continuing problem in American history.

Drawing on a wealth of primary materials, Clive Webb has produced an ambitious, insightful, and dispassionate study of extreme opponents to the U.S. Supreme Court's game-changing-and for many white southerners, appalling-decision in 1954 ordering school desegregation. . . .Rabble Rousers is a fine, if chilling, book and illuminates a repugnant aspect of civil rights resistance.

Rabble Rousers succeeds in shedding light on one of the last of the neglected constituencies in the fight for segregation: the far-right fringe. Webb's meticulously researched study reveals much about the nature of the larger massive resistance campaign and, more important, highlights the forces that kept the white South from presenting a united front in the face of mounting pressure for racial reform.

Adds significantly to our knowledge of the far Right in the civil rights era. . . .Webb has performed a real service for the profession by wading through documents, speeches, and pamphlets that others might not want to touch, let alone analyze. Certainly it is difficult to read these racist, fascist, and antisemitic claims and not come away with a deep sense of disgust and revulsion, combined with a renewed appreciation for the courage and conviction of those who opposed them.

In his well-documented analysis, Webb argues that these five rabble-rousers ultimately did more to further the cause of civil rights than hurt it. Webb's book is a compelling one, not least because the reader is drawn to see parallels between the past and present throughout the book. In the end, Webb's claim that the five extremists profiled here indicate a deeper problem in the American political culture is convincing-both by the evidence itself and by Webb's very nicely written interpretation of it.

Webb's carefully argued and well researched work certainly begins to explore a new angle of the civil rights era that is in need of reexamination.

In one of the book's most important contributions, Webb exposes the role of antisemitism in shaping the ideology of both the far right activists and the racial politics of the postwar South. . . . Rabble Rousers provides a valuable insight into the success of and limits to the politics of massive resistance and the extreme right wing.

CLIVE WEBB is a lecturer in American history at the University of Sussex. 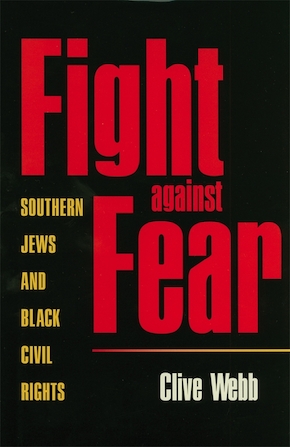 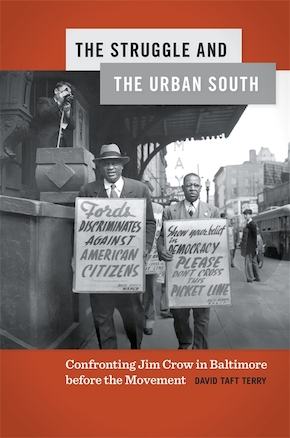