How the U.S. South Embraces the World

How the U.S. South Embraces the World

The world is flat? Maybe not, says this paradigm-shifting study of globalism's impact on a region legendarily resistant to change. The U.S. South, long defined in terms of its differences with the U.S. North, is moving out of this national and oppositional frame of reference into one that is more international and integrative. Likewise, as the South (home to UPS, CNN, KFC, and other international brands) goes global, people are emigrating there from countries like India, Mexico, and Vietnam—and becoming southerners. Much has been made of the demographic and economic aspects of this shift. Until now, though, no one has systematically shown what globalism means to the southern sense of self.

Anthropologist James L. Peacock looks at the South of both the present and the past to develop the idea of "grounded globalism," in which global forces and local cultures rooted in history, tradition, and place reverberate against each other in mutually sustaining and energizing ways. Peacock's focus is on a particular part of the world; however, his model is widely relevant: "Some kind of grounding in locale is necessary to human beings."

Grounded Globalism draws on perspectives from fields as diverse as ecology, anthropology, religion, and history to move us beyond the model, advanced by such scholars as C. Vann Woodward, that depicts the South as a region paralyzed by the burden of its past. Peacock notes that, while globalism may lift old burdens, it may at the same time impose new ones. He also maintains that earlier regional identities have not been replaced by the rootless cosmopolitanism of cyberspace or other abstracted systems. Attachments to place remain, even as worldwide markets erase boundaries and flatten out differences and distinctions among nations. Those attachments exert their own pressures back on globalism, says Peacock, with subtle strengths we should not discount.

Peacock's new book will provide informed answers to many questions about the future of the American South. His term 'grounded globalism' will likely become the key one for understanding how a transformed South will play a distinctive role, not only in the nation but in the world. This engaging study shows a distinguished scholar attuned to a spectacular array of evidence that has deeper patterns he discerns. Peacock has been paying close, sensitive attention to developments in the South, and this book represents a report from the swirl of social change that is bringing new peoples, cultures, and attitudes into the region.

—Charles Reagan Wilson, Director of the Center for the Study of Southern Culture at the University of Mississippi

The U.S. South is admired around the world for its unique culture. In Grounded Globalism, Peacock offers an original and hopeful view of how we can engage the world while keeping, and even enhancing, the best of what the South has to offer.

Peacock is a pathbreaking commentator on the impact of globalization on the American South. In this provocative volume, he challenges us to move beyond traditional notions of a southern identity shaped and sustained by the South's historically 'oppositional' relationship with the rest of America to focus on its rapidly evolving relationship with the rest of the world.

—James C. Cobb, author of Away Down South

Grounded Globalism brings the problems and promises of globalization down to earth in writing that is accessible to all readers. Most studies of globalism explore its impact on 'others' who live outside of the United States. Peacock takes us home to the American South. Everyone interested in outsourcing, offshoring, and realignment should read this book.

What is most compelling about Peacock’s thesis is that his new paradigm depicts an altered sense of self for the southerner. Peacock pinpoints southern identity shifts on both communal and individual levels. . . . His study is forward-looking, as he anticipates how grounded globalism will continue to alter southern identity. The vision of a South free from its 'burden of history' is tantalizing: only time will tell if Peacock’s theory comes to pass. 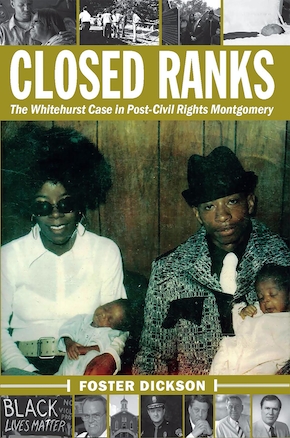