These are poems of family, of romantic hope and disappointment, of parenthood, and of grief that move from a childhood in Nebraska in which a father strides into a ripe wheat field; to the parks and parking lots of New York City, the interchangeable landscapes of suburban America, and the more sensual environment of secluded water; to little traveled parts of Africa and the Pacific where our customs and passions are refracted into shapes that are sometimes beautiful, sometimes grotesque.

Terese Svoboda writes of a world in which the reassuring simplicity remembered from childhood is difficult to recover. Outside of this vision of the past, all present life seems an aberration-an existence where violence can supplant love, families break apart, a child dies.

All Aberration received a starred review in Publishers Weekly, a lead in Contemporary Poetry 1986 and a Notable Book nomination by the American Library Association. It was written during stays at Yaddo, MacDowell and Ossabaw, and received the benefit of a Creative Artists Public Service grant in 1982. Its poems first appeared in such magazines as Harper's, The Nation, Paris Review, and Ploughshares.

All Aberration is an excellent first volume. It is refreshingly unfashionable, strikingly written, and suffused with toughness and integrity.

Svoboda exhibits a remarkable range and command of her subject matter: love, friendship and motherhood, set variously on the prairie and in Africa and the South Pacific. . . . If the most touching of her verses are those dedicated to a son who died in early childhood, the most appealing and original in imagery are Svoboda's erotic poems. At the center of her work is a desire not just to write about love, but to redefine it and expand its possibilities. This poet creates moments that are stronger than everyday experience, moments that are, as she suggests, all aberration, and all the more true and real for being so.

This is Svoboda's first book, and its foreboding strengths would seem to promise the development-already well under way-of a vigorous voice.

TERESE SVOBODA is the author of ten books of prose and poetry, most recently Black Glasses Like Clark Kent which won the Graywolf Nonfiction Prize. Her honors in poetry include the Iowa Poetry Prize and two prizes from the Poetry Society of America, the Lucille Medwick Award and Cecil Hemley Award. Her opera WET premiered at Walt Disney's REDCAT performance space in Los Angeles in 2005. Svoboda lives in New York. 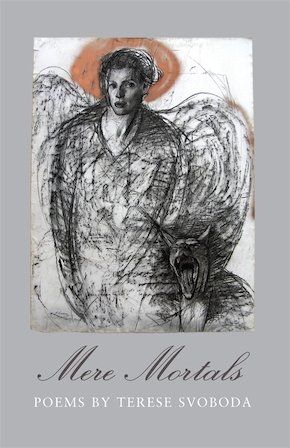