Home > The Mansion of Happiness

The Mansion of Happiness

The Mansion of Happiness

Robin Ekiss's meditations on memory and mortality are a canary in the coal mine of imagination. With disembodied dolls, dank Parisian catacombs, the gilded interior of a Fabergé egg, and the unfathomable edge of Niagara Falls as the dominion of these poems, reading Ekiss's work is like peering into the perfectly still world of a diorama or daguerreotype: an experience both uncanny and uncompromising.

Up from the 'dark shaft of regret,' out from the cage of 'love and rage/whose bars are meant to be broken' come the stirring, smart-as-a-whip poems of Robin Ekiss, poems that turn memory and the strange, not uncomforting burden of it up to the light of reason—and to an acknowledgment of reason's limits—poems that argue not for 'the beautiful face of forgetting,' and not so much for love's rescuing powers, but for a belief that 'we have the machinery necessary for [love]'—without which, how is rescue possible? The Mansion of Happiness is a wondrous, instructive, and everywhere graceful book and marks the arrival of a confident and haunting new voice.

Robin Ekiss’s haunting first book is replete with miniatures, with dolls and toys, with magic acts and mysterious maternal passageways. She treads the impassable route back to childhood ('the past is another country') and finds that 'the pastness of the past/isn’t trapped in glass.' It’s magical to find a first book that is, as Robert Frost put it, 'play for mortal stakes.'

These darkly beautiful poems are unswerving in their search for a place where the inner and outer world edit one another. Robin Ekiss writes with force and elegance. The content is always there; the craft is never sacrificed. The combination makes this book a superb debut.

Charmed by the curious, the miniature, and the grotesque, Robin Ekiss understands where such fascinations lead. 'In the nautilus,' she writes, 'each turn of light/ leads into darkness . . .' And into the dire complexities of feeling, recorded here with subtle formal intelligence and a deft control of tone that leads this poet's readers to remember that even dark enchantments are enchantments still.

This first book of poetry takes multiple chances. The poems offer clarity and strength in their exposure of the most private emotions. However, it is the poet’s ability to weave vivid, complex images that thrusts them forward, making The Mansion of Happiness a memorable debut that suggests an equally memorable future. 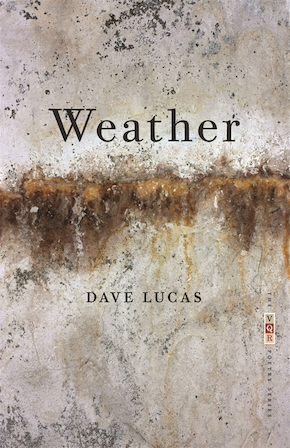