Too often, our focus on the relative handful of countries with nuclear weapons keeps us from asking an important question: Why do so many more states not have such weapons? More important, what can we learn from these examples of nuclear restraint? Maria Rost Rublee argues that in addition to understanding a state's security environment, we must appreciate the social forces that influence how states conceptualize the value of nuclear weapons. Much of what Rublee says also applies to other weapons of mass destruction, as well as national security decision making in general.

The nuclear nonproliferation movement has created an international social environment that exerts a variety of normative pressures on how state elites and policymakers think about nuclear weapons. Within a social psychology framework, Rublee examines decision making about nuclear weapons in five case studies: Japan, Egypt, Libya, Sweden, and Germany.

In each case, Rublee considers the extent to which nuclear forbearance resulted from persuasion (genuine transformation of preferences), social conformity (the desire to maximize social benefits and/or minimize social costs, without a change in underlying preferences), or identification (the desire or habit of following the actions of an important other).

The book offers bold policy prescriptions based on a sharpened knowledge of the many ways we transmit and process nonproliferation norms. The social mechanisms that encourage nonproliferation-and the regime that created them-must be preserved and strengthened, Rublee argues, for without them states that have exercised nuclear restraint may rethink their choices.

Nonproliferation Norms makes a significant contribution to the budding literature on nuclear renunciation decisions. It is particularly valuable for tapping both social science theory and empirical case studies. Its approach is both novel and compelling.

—William C. Potter, Director of the Martin Center for Nonproliferation Studies at the Monterey Institute of International Studies

That so many questions readily spring forth after reading the book is a sign of its strength rather than weakness. Despite a century of available data on norms against the use of WMDs, Rublee is breaking a good deal of new ground. . . . Nonproliferation Norms is therefore not only an accessible and engaging read, but an important book that should become a touchstone for further research on non-proliferation.

The social-psychological approach is valuable and the case studies contain a rich amount of materials that will be useful for both scholars and policymakers interested in nuclear non-proliferation. Rublee's unearthing of new materials has the potential to spur additional work on social-psychological foundations of norms in the security area.

Rublee demonstrates how the sophisticated use of I.R. theory can illuminate new pathways for policy-makers. Nonproliferation Norms is not only scholarship of a high order. It is also a practical guide for U.S. officials and nonproliferation experts on how to address the most pressing challenge of our times-the spread of nuclear weapons.

Rublee's book makes an important contribution to our understanding of how international norms influence states' conceptions of national security. It provides important evidence that decisions to forgo or acquire nuclear weapons are ultimately political decisions linked to conceptions of national identity, not simply narrow, materialistic calculations of military advantage.

It has long been claimed that the virtue of the Nuclear Nonproliferation Treaty lies in its establishing an influential norm; Rublee provides a compelling demonstration that this is indeed the case.

An original argument that will contribute greatly to the literature on nuclear proliferation and the broader matter of how and why international norms take hold and influence the preferences and decisions of state leaders.

Rublee makes a major contribution to our understanding of when and why states turn away from nuclear weapons. Most interestingly, she reveals the links between international norms and the state's self-conception and shows that the renunciation of these weapons was part of the state's re-thinking its role in the international system.

MARIA ROST RUBLEE is a lecturer at the University of Auckland and a former intelligence officer in the Defense Intelligence Agency. 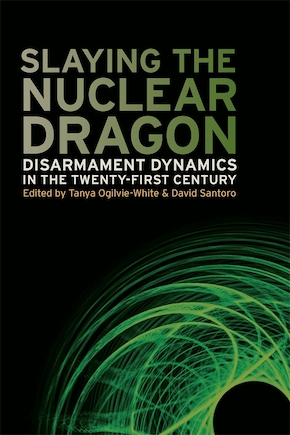