Home > A Voice for Earth

A Voice for Earth

Edited by Peter Blaze Corcoran and A. James Wohlpart

A Voice for Earth

Edited by Peter Blaze Corcoran and A. James Wohlpart

A Voice for Earth is a collection of poems, essays, and stories that together give a voice to the ethical principles outlined in the Earth Charter. The Earth Charter was adopted in the year 2000 with the mission of addressing the economic, social, political, spiritual, and environmental problems confronting the world in the twenty-first century.

Part 1 of the book, "Imagination into Principle," comprises Steven C. Rockefeller's behind-the-scenes summary of how the language for the Earth Charter was drafted. In part 2, "Principle into Imagination," ten writers breathe life into its concepts with their own original work. Contributors include Rick Bass, Alison Hawthorne Deming, John Lane, Robert Michael Pyle, Janisse Ray, Scott Russell Sanders, Lauret Savoy, and Mary Evelyn Tucker. In part 3, "Imagination and Principle into a New Ethic," Leonardo Boff offers a new paradigm created through reflecting on the concept of care in the Earth Charter.

Some of our finest writers here make vivid and real the aspirations embodied in the Earth Charter. Efforts like this are our best hope for the future—across national borders, but also across borders of mind and heart.

The Earth Charter, arising from and inspired by the interconnectedness of all elements of our existence, is an urgent and essential concept in these times—indispensable, in fact, if 'our land and life,' as the Hopi call it, is to survive. A Voice for Earth is a wonderful compilation of responses to the challenges the Charter represents and extremely valuable on that account.

—Peter Matthiessen, author of End of the Earth

Readers will find here a wealth of insightful views on the ways in which the Earth Charter can re-enchant our imagination and re-engage our ethical and moral values. This timely book is a significant contribution to the creation of a more just, sustainable, and peaceful world.

A collective call for a change of heart that will carry us forward.

—Terry Tempest Williams, from her foreword

Peter Blaze Corcoran (Editor)
PETER BLAZE CORCORAN is a professor of environmental studies and environmental education and director of the Center for Environmental and Sustainability Education at Florida Gulf Coast University. He is editor of The Earth Charter in Action: Toward a Sustainable World.

A. James Wohlpart (Editor)
A. JAMES WOHLPART is a professor of English and dean of Undergraduate Studies at Florida Gulf Coast University. He is coeditor, with Peter Blaze Corcoran, of A Voice for Earth: American Writers Respond to the Earth Charter (Georgia), and coeditor, with Susan Cerulean and Janisse Ray, of Unspoiled: Writers Speak for Florida's Coast. 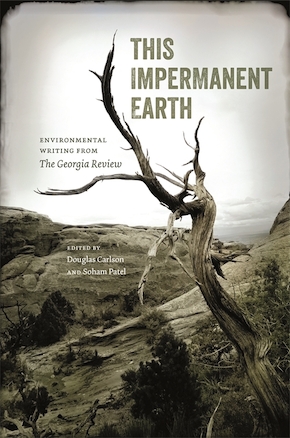