Home > A Companion to The Crying of Lot 49

The Crying of Lot 49 is Thomas Pynchon's most accessible work and perhaps the one most widely read and taught. Nonetheless, the novel poses many challenges with its impressive range of references to contemporary popular and material culture, history and geography, and slang and technical jargon.

This expanded and updated companion to the novel contains more than five hundred notes keyed to the 2006 Harper Perennial Modern Classics, the 1986 Harper Perennial Library, and the 1967 Bantam editions. The majority of notes are interpretive, although some are designed to provide a historical context or to recover the meaning of a reference that, over time, has proved ephemeral. This new edition adds quotations and paraphrases drawn from criticism published since 1994, thus adding more than seventy new entries to the list of works cited. More than fifty annotations have been added and some eighty annotations have been expanded.

Anyone who teaches the novel or writes about it in the future will want to take along this useful companion.

J. KERRY GRANT is a professor of English at St. Lawrence University and author of A Companion to V (Georgia). 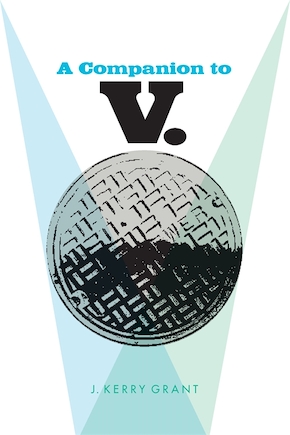