The first study of its kind to address the issue of ethnic diversity, Minority Citizens in Disasters focuses on the responses of two minorities-blacks and Mexican-Americans-relative to whites in three disaster events: a propane car derailment, a nitric acid spill, and a flood. Ronald Perry and Alvin Mushkatel find that response to initial warnings is influenced by the source of the information-mass media, public authorities, or family and friends-and by the immediacy of the danger, a group's familiarity with the type of threat, and the cause of the disaster. Though social contacts were most often the source of warning, public authorities were the most trusted and reliable. The mass media, usually considered an unreliable source, proved an effective means for reaching a majority of Mexican-Americans, who often tuned in to Spanish-language stations. Blacks, however, tended to dismiss the media as a vehicle controlled by whites and covering primarily white concerns, while whites often dismissed news stories as mere media productions.

Perry and Mushkatel's record of the responses of blacks, Mexican-Americans, and whites not only reveals the differing social configurations of minority and majority groups but, more important, suggests concrete ways to modify and improve emergency management systems.

In spite of the small number of communities and types of disaster studied, specialists in race and ethnic relationships should find value in this work. Not only does it provide some solid empirical data in an area marked by a paucity of studies, but it is suggestive of the value of studying behavior under extreme conditions, where the realities of social and cultural life are made manifest.

Ronald W. Perry (Author)
RONALD W. PERRY is a professor of public affairs at Arizona State University and has served on the Committee on United States Emergency Preparedness and the National Academy of Science Committee on Emergency Management. 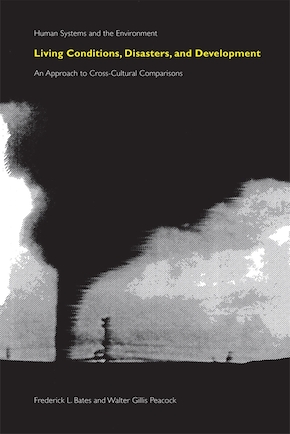