These private writings by a prominent white southern lawyer offer insight into his state's embrace of massive white resistance following the 1954 Brown v. Board of Education ruling. David J. Mays of Richmond, Virginia, was a highly regarded attorney, a Pulitzer Prize-winning biographer, and a member of his city's political and social elite. He was also a diarist for most of his adult life. This volume comprises diary excerpts from the years 1954 to 1959. For much of this time Mays was counsel to the commission, chaired by state senator Garland Gray, that was charged with formulating Virginia's response to federal mandates concerning the integration of public schools. Later, Mays was involved in litigation triggered by that response.

Mays chronicled the state's bitter and divisive shift away from the Gray Commission's proposal that school integration questions be settled at the local level. Instead, Virginia's arch-segregationists, led by U.S. senator Harry F. Byrd, championed a monolithic defiance of integration at the highest state and federal levels. Many leading Virginians of the time appear in Mays's diary, along with details of their roles in the battle against desegregation as it was fought in the media, courts, polls, and government back rooms.

Mays's own racial attitudes were hardly progressive; yet his temperament and legal training put a relatively moderate public face on them. As James R. Sweeney notes, Mays's differences with extremists were about means more than ends-about "not the morality of Jim Crow but the best tactics for defending it."

There are a limited number of accessible primary source materials for students interested in pursuing massive resistance in detail. Race, Reason and Massive Resistance, will therefore serve an important purpose. The diary is full of insights and offers an intimate assessment of some of the key personalities and political strategies of the massive resistance movement.

Thanks to Sweeney's meticulous research and editing, readers now have a window into the grand strategy of segregation's defenders. David Mays tried to lead Virginia-and the South-with a keen legal mind and uncommon realism. Though he viewed some limited forms of desegregation as inevitable, he recognized the need of elected politicians to champion unrealistic schemes. Meanwhile, he strove to delay desegregation and to limit its extent-partly because he shared the racism of his segregationist comrades. But his struggles with those comrades may make readers wonder how decisive-or helpful-racism was in their cause. Before the 1960s even began, Mays appeared better prepared than most of his allies or enemies for a long war of attrition. Historical understanding of the unfinished business of civil rights will depend in large measure upon how one defines the issues-as Mays defined them, or as the simpler, more public spokesmen for the white South defined them.

—David L. Chappell, author of A Stone of Hope: Prophetic Religion and the Death of Jim Crow

JAMES R. SWEENEY is an associate professor of history at Old Dominion University. 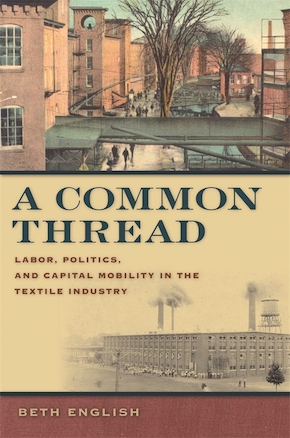