Philip D. Beidler, who served as an armored cavalry platoon leader in Vietnam, sees less and less of the hard-won perspective of the common soldier in what America has made of that war. Each passing year, he says, dulls our sense of immediacy about Vietnam's costs, opening wider the temptation to make it something more necessary, neatly contained, and justifiable than it should ever become. Here Beidler draws on deeply personal memories to reflect on the war's lingering aftereffects and the shallow, evasive ways we deal with them.

Beidler brings back the war he knew in chapters on its vocabulary, music, literature, and film. His catalog of soldier slang reveals how finely a tour of Vietnam could hone one's sense of absurdity. His survey of the war's pop hits looks for meaning in the soundtrack many veterans still hear in their heads. Beidler also explains how "Viet Pulp" literature about snipers, tunnel rats, and other hard-core types has pushed aside masterpieces like Duong Thu Huong's Novel without a Name. Likewise we learn why the movie The Deer Hunter doesn't "get it" about Vietnam but why Platoon and We Were Soldiers sometimes nearly do.

As Beidler takes measure of his own wartime politics and morals, he ponders the divergent careers of such figures as William Calley, the army lieutenant whose name is synonymous with the civilian massacre at My Lai, and an old friend, poet John Balaban, a conscientious objector who performed alternative duty in Vietnam as a schoolteacher and hospital worker.

Beidler also looks at Vietnam alongside other conflicts-including the war on international terrorism. He once hoped, he says, that Vietnam had fractured our sense of providential destiny and geopolitical invincibility but now realizes, with dismay, that those myths are still with us. "Americans have always wanted their apocalypses," writes Beidler, "and they have always wanted them now."

Like no other book on Vietnam, this true river of facts and heart runs to the ocean of untouched beauty. Beidler is a master narrator and a hero. I've met a giant pal, and am proud to be in his company. My God, how good.

Now, when the Vietnam War is being transformed into a matrix of fantasy and myth used to promote perpetual warfare, Philip Beidler's lucid memories and meditations become ever more timely and relevant. This book offers both a penetrating analysis of post-Vietnam American culture and a powerful antidote to the most toxic elements of that culture.

—H. Bruce Franklin, author of Vietnam and Other American Fantasies

Beidler writes these compelling essays with a sense of urgency, because he knows that the war is receding into American history as the baby boomers who fought it are aging. His powerful language and raw, to-the-point style reveal the anger and despair of soldiers who served and felt betrayed by their government and fellow citizens. . . . In this book, he presents a collection of important and forceful works.

Beidler led an armored cavalry platoon in Vietnam, where he certainly saw his share of action. In these thoughtful essays, he keeps trying to understand that war, even though most of the country no longer seems to care. . . . What people need to pay more attention to, Beidler contends, are the ideas of national destiny and exceptionalism that can lead us into disaster. . . . This interesting and well-argued book is strongly recommended for both public and academic libraries.

[A] powerful and angry personal statement that expresses profound thoughts and misgivings not only about the aftermath of the US's encounter with Vietnam but also about its current military and ideological direction in a post-9/11 world. . . . Beidler goes beyond critical commentary to speak with sensitivity and gravitas on how the strongest nation on the planet conducts its affairs. Beidler aims at a perfect marriage between critical commentary and moral indignation and, at times, his voice takes on the cast of a Swift or Samuel Johnson. This sobering and illuminating work has application far beyond Vietnam War literature.

[An] outstanding, personal-but much larger than that-account of a platoon leader who today often can smell the sweetly rancid smell of the dead. . . . Late Thoughts is an outstandingly lucid description of the war as it was, not as public affairs specialists and politicians described it. Mr. Beidler writes as vividly as Paul Fussell in his books on World War II. . . . It's all here-the films, the music, the senseless killings of innocents-and it is painful. Everybody making decisions for war must read Late Thoughts on an Old War.

Beautifully written, at times eloquent, Beidler has written [a] gem of a book. 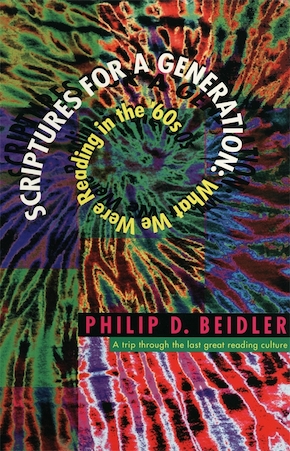 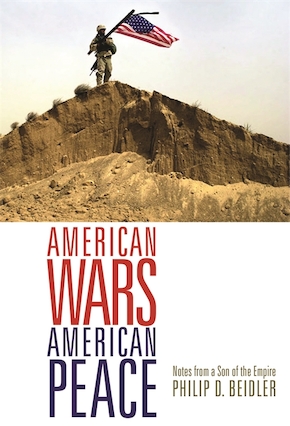 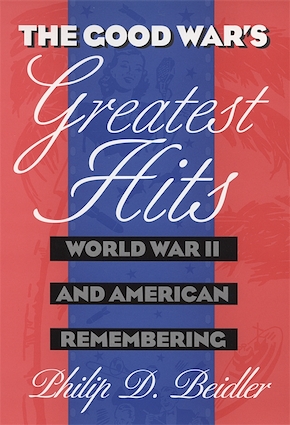