Memoirs of a Confederate Scout and Sharpshooter

• Learn more about Berry Benson at the New Georgia Encyclopedia

Memoirs of a Confederate Scout and Sharpshooter

Confederate scout and sharpshooter Berry Greenwood Benson witnessed the first shot fired on Fort Sumter, retreated with Lee's Army to its surrender at Appomattox Courthouse, and missed little of the action in between. This classic account of his wartime service tells of his reconnaissance exploits, battlefield experiences, capture by Union forces, and famous escape from Elmira Prison. A new biographical introduction by historian Edward J. Cashin adds further depth and detail to Benson's own vivid memories. The introduction also offers a fascinating account of both Benson's early years and his postwar activities, including his strong advocacy for impoverished mill strikers and the wrongly accused Leo Frank.

This book showers well-deserved attention on one of the South's truly noble sons. Benson, who served his homeland from Charleston to Appomattox, won even greater glory late in life when he championed the innocence of Jewish factory boss Leo M. Frank, convicted of murder in 1913 in Atlanta and subsequently lynched. Benson was a terrific character and this volume does him justice.

[Benson] knew how to tell an exciting story. . . . Unusually descriptive; his book contains a host of little details.

An outstanding memoir . . . Berry Benson's work is both truly personal, with its focus on such experiences as his capture, his life in Federal prisons, and his ultimate escape, and a fine narrative, for he tells story after remarkable story in a lively yet unromantic style. . . . Those who have not yet made his acquaintance will find him an intriguing figure and his book an engaging one.

His highly illuminating story serves as a building block to the larger issues, such as the maturation of innocent youth into seasoned veteran in the span of a few short years.

Well worth reading for any history buff.

Long recognized as one of the outstanding memoirs by a common soldier in the Army of Northern Virginia.

Benson's straightforward narrative is clear, concise, and, given his amazing exploits, remarkably free of boasting. . . . Benson's experiences as a prisoner of war elevate his memoirs above other first-hand accounts of the Civil War.

Berry Benson (Author)
BERRY BENSON (1843-1923) was a scout and sharpshooter in the Confederate Army during the Civil War. Among his other wartime exploits, he was captured twice by Union forces—and escaped both times. 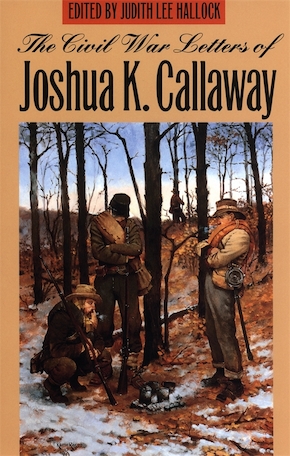