Home > The Pussycat of Prizefighting

The Pussycat of Prizefighting

Tiger Flowers and the Politics of Black Celebrity

• Learn more about Tiger Flowers at the New Georgia Encyclopedia

The Pussycat of Prizefighting

Tiger Flowers and the Politics of Black Celebrity

In 1926 Theodore “Tiger” Flowers became the first African American boxer to win the world middleweight title. The next year he was dead, the victim of surgery gone wrong. His funeral in Atlanta drew tens of thousands of mourners, black and white. Atlantans would not grieve again in comparable numbers until Martin Luther King Jr.’s assassination in 1968.

Flowers, whose career was sandwiched between those of the better-known black boxers Jack Johnson and Joe Louis, was not America’s first successful black athlete. He was, however, the first to generate widespread goodwill among whites, especially in the South, where he became known as “the whitest black man in the ring.”

The Pussycat of Prizefighting is more than an account of Flowers’s remarkable achievements—it is a penetrating analysis of the cultural and historical currents that defined the terms of Flowers’s success as both a man and an athlete. As we discover the sources of Flowers’s immense popularity, Andrew Kaye also helps us to understand more deeply the pressures and dilemmas facing African Americans in the public eye.

We read, for instance, how boxing reinforced fans’ notions of masculinity and ethnic pride; how whites rationalized the physical superiority of a black sportsman; and how blacks debated the value of athletes as racial role models. Kaye shows how Flowers, mindful that the ring was a testing ground for much more than his punching ability, carefully negotiated the mass media and celebrity culture. He crafted an uncontroversial public persona—that of a religious man who prayed before each match, was deferential to whites, and exuded an aura of middleclass respectability.

Through the prism of prizefighting, this book reveals the personal cost African Americans faced as they attempted to earn black respect while escaping white hostility. Andrew Kaye gives us much to ponder regarding our own hopes and prejudices—-and how we often burden our athletes and celebrities with them.

Situates Tiger Flowers—and the fighter's career—into the debate over race and racial symbolism in the first three decades of the twentieth century. Andrew Kaye realizes that Flowers never stood alone in the minds of Americans who followed his career—that Flowers was only a part of the story that involved battle royals, Jack Johnson, Battling Siki, and the great—primarily white—debate over the role of the black man in America. Kaye's work has nuance, depth, and insight that ranges far beyond the career of Tiger Flowers.

Scholars in more traditional areas of specialization sometimes regard sport history as frivolous, failing to realize how difficult, serious, and important an undertaking it can be. Andrew Kaye provides a corrective to this impressionistic and mistaken view. By assembling a remarkable variety of sources, many of them obscure, he reconstructs the life of a celebrated black pugilist, often dubbed 'the whitest black man in the ring,' within such contexts as urban life (in Brunswick, Atlanta, Philadelphia, and New York), the African American community, racial injustice, boxing traditions and politics, class divisions, masculinity, and Georgia history. The author's sensitivities seem endless. Engagingly written, this is sport history at its best, integrating the heroic and sometimes tragic life of Tiger Flowers into the social and cultural fabric of his times.

Kaye writes about Flowers' boxing career and his exemplary life in such a way that the questions of black athletic skill, social history of the Southeast, modern celebrity based on mass media, and the image of masculinity are an integral part of this distinctive biography bringing this lesser-known, but exceptionally influential, black figure to attention.

Kaye's book wonderfully illuminates black Atlanta of the period and offers up a primer on boxing in America. . . . A must read for boxing aficionados and students of American culture.

An intriguing and thorough examination of the history of race in prizefighting. It ranges from bare-knuckle to modern times. . . . Kaye's excellent, absorbing study whets the appetite for more about this great fighter and laudable man.

A canonical text of critical importance. As one reads this historical examination, one cannot help but recall the concept of 'double consciousness' formulated by the African American sociologist and intellectual W.E.B. DuBois in his groundbreaking The Souls of Black Folks. Like DuBois, Kaye is mindful of the social circumstances, conditions and results of Flowers having to recognize himself through the eyes of the dominant group, while concurrently having to negotiate his true identity in a world whose favors were contingently based upon his ability to adhere to certain tenants. Through Kaye's analysis, we come to understand not only the cultural significance of boxing as a public ritual of violence used to demonstrate male power-strength, aggressiveness and honor. Through the example of Tiger Flowers, we behold how boxing transformed and became a vehicle for African American men to transcend the brutality and disallowances of an American that valued blackness within the context of subordination and control.

A welcome addition to all sports and black history collections.

ANDREW M. KAYE has taught American history at the universities of Newcastle and Durham. He is now a writer living in London. 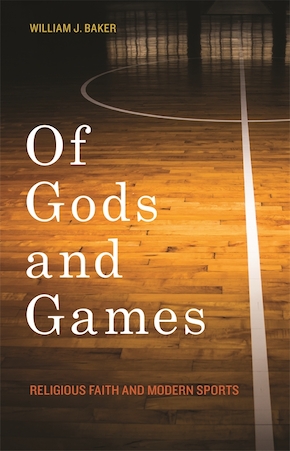 Of Gods and Games 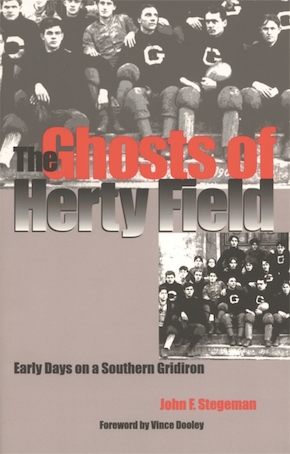 The Ghosts of Herty Field