In Ultra-Talk, David Kirby poses a simple question: What makes a cultural phenomenon truly great? Exploring a wide variety of "king-sized cultural monuments," Kirby argues that one qualification for greatness is that a phenomenon be embraced by both the elite and the general public. Further, he argues, it must be embraced repeatedly over time.

Kirby turns his critical eye to subjects that have been studied and written about, sought after avidly, discussed passionately, and even resisted vigorously around the world. Auto racing, Dante, folk music, food, Leonardo da Vinci, films, poetry, religion, striptease, television, and the internet are just some of the topics he examines. In Rome, heads of state kneel before Bernini's statue of Saint Teresa in ecstasy, says Kirby, and so do people who can't read. And everyone watches TV.

Ultra-Talk pays homage to the work of two towering writers and critics. Johann Wolfgang von Goethe and Giacomo Leopardi both stated that a book was valid only if it had been accepted by both an intellectual elite and a vast public. Kirby would have added a second requirement: that the book's-or cultural monument's-popularity must have traction over time. By standing on the shoulders of Goethe and Leopardi, Kirby offers a way to read, see, and savor a post-theoretical worldview that everybody can share.

This collection of fast-paced but well-wrought essays are really 'colossal topics of conversation.' They ebb and flow, jump forward and back in time, straddle the ocean, and bridge brows high and low, in the way of every truly great conversation. Kirby is able to bring the discordant parts of contemporary life into stunning relief. This swirling kaleidoscope, in Kirby's hands, is more than mere showiness or post-modern hip. To take on this wide, wrecked world takes more than ambition and smarts; it takes sensitivity, generosity of spirit, a finely tuned ear for culture, and someone who can write a crystal clear sentence. Kirby's got the goods.

David Kirby has intensified his critical practice and enlarged his poetic focus; in Ultra-Talk he writes a kind of essay after Montaigne in which every book he has read, every country he has visited, every class he has taught, every phrase of his pillow-talk with his wife trembles beneath the zippy surface of his prose. He charges each sentence with the Whole Man and gives us in his lucubrations what must be called Post Criticism, an original genre by which I mean something very old, something to do with the origins of thinking and feeling rather than with the assault on mere judgment. It is an abrupt and sometimes chastening experience to be necessarily inside this mind, to be force-fed this sensibility. I read, I listen, I love.

Ultra-Talk is one of the most deliciously unclassifiable books I've read in years. In seventeen zigzagging essays, David Kirby gives us a peek into his personal cabinet of wonders, where Johnny Cash rubs shoulders with Shakespeare and Saint Teresa casts her ecstatic shadow over the Talladega Superspeedway. The result is ultra-smart, ultra-fun, and tremendously enlightening.

—James Marcus, author of Amazonia: Five Years at the Epicenter of the Dot.com Juggernaut

An index of half its length would make any culture-lover swoon, but Kirby possesses an extraordinary talent for collecting ideas, personalities, and physical details. And the essays themselves live up to the eclecticism promised by the index. . . . In the end, Kirby's status as a poet powers him through this ambitious collection of tirades, elegies, and investigations. . . . His genuine research and enthusiasm thoroughly wins us over.

Reading one of David Kirby's books is a bit like getting lucky with your seat row and number on an airplane. You'd hate to be stuck next to the chatty mom with the whiny baby, or the roly-poly businessman who takes up the entire armrest. But bringing along a copy of Kirby's newest collection of essays, Ultra-Talk . . . would be a bit like sitting next to your funniest and most loquacious friend. That's the one who keeps you entertained for hours because you're not exactly sure what's going on inside his head, or where he'll take you next.

Kirby's understanding of such a wide range of subjects greatly enhances his literary analysis. . . . No matter the subject, Kirby's goal is to find connections-between the past and the present, the artistic and the mundane-and, for the most part, that goal is soundly achieved. 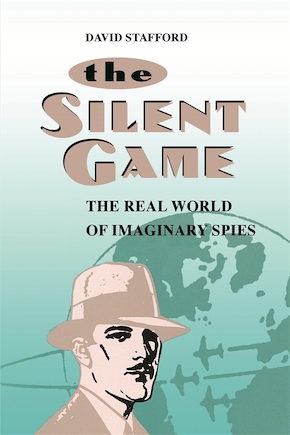