Drawing on war propaganda, popular advertising, voluminous government records, and hundreds of letters and other accounts written by women in the 1940s, Melissa A. McEuen examines how extensively women's bodies and minds became "battlegrounds" in the U.S. fight for victory in World War II.

Women were led to believe that the nation's success depended on their efforts-not just on factory floors, but at their dressing tables, bathroom sinks, and laundry rooms. They were to fill their arsenals with lipstick, nail polish, creams, and cleansers in their battles to meet the standards of ideal womanhood touted in magazines, newspapers, billboards, posters, pamphlets and in the rapidly expanding pinup genre. Scrutinized and sexualized in new ways, women understood that their faces, clothes, and comportment would indicate how seriously they took their responsibilities as citizens. McEuen also shows that the wartime rhetoric of freedom, democracy, and postwar opportunity coexisted uneasily with the realities of a racially stratified society. The context of war created and reinforced whiteness, and McEuen explores how African Americans grappled with whiteness as representing the true American identity.

Using perspectives of cultural studies and feminist theory, Making War, Making Women offers a broad look at how women on the American home front grappled with a political culture that used their bodies in service of the war effort.

This is the book cultural historians of women and World War II have been waiting for. . . . The writing is polished and fast paced. The evidence is captivating.

McEuen affords us a vivid and discerning tour of the American female body politic in World War II. As she makes abundantly clear, the mobilization of women was accompanied throughout by campaigns designed to insure that Rosie the Riveter was no less attentive to her lipstick than to her rivet gun.

—Robert B. Westbrook, author of Why We Fought: Forging American Obligations in World War II

Using beauty as a lens through which to understand wartime culture really works in McEuen's capable hands. We see women as consumers, as war workers, as active agents as well as objects of others' desires (consumer desires, sexual desires, war-waging desires). McEuen writes well and clearly, integrating scholarly work with a light touch . . . A significant contribution to scholarship on women's history, beauty culture, the history of beauty, and wartime culture.

Move over Rosie the Riveter! The pencil skirts, powdered faces, and polished nails of women on the WWII home front take central stage in this elegant and sophisticated history of how government and business turned looking good into a patriotic act. Women make femininity, Melissa McEuen underscores, not completely on their own terms but rather in light of cultural representations, racial and class ideals, and social conventions that are as manufactured as the products available to beautify and shape our bodies.

One might argue that not since Maureen Honey's 1984 book, Creating Rosie the Riverter: Class, Gender, and Propaganda during World War II, has an author examined wartime femininity and its construction on such an all encompassing scale. Making War, Making Women will appeal to serious students of gender, military, and consumer history alike.

In this well-written, compelling book Melissa A. McEuen, a historian of photography, explores the connections between women, appearances, and power to illustrate the gendered meaning of patriotic duty during World War II.

McEuen challenges old assumptions about the role of women and the contributions they made to home front life during WWII. The war years for women, McEuen contends, involved more than the government's persuading middle-class married women to don factory overalls.

MELISSA A. MCEUEN is professor of history at Transylvania University. She is the author of the award-winning Seeing America: Women Photographers between the Wars and Making War, Making Women: Femininity and Duty on the American Home Front, 1941-1945 (Georgia). 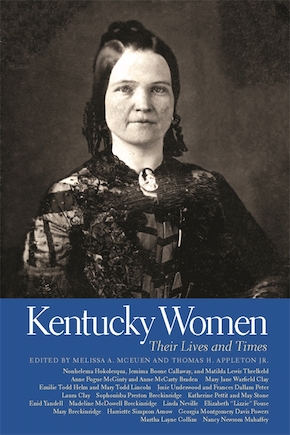