Home > New Orleans after the Promises

Poverty, Citizenship, and the Search for the Great Society

Poverty, Citizenship, and the Search for the Great Society

In the 1960s and 1970s, New Orleans experienced one of the greatest transformations in its history. Its people replaced Jim Crow, fought a War on Poverty, and emerged with glittering skyscrapers, professional football, and a building so large it had to be called the Superdome. New Orleans after the Promises looks back at that era to explore how a few thousand locals tried to bring the Great Society to Dixie. With faith in God and American progress, they believed that they could conquer poverty, confront racism, establish civic order, and expand the economy. At a time when liberalism seemed to be on the wane nationally, black and white citizens in New Orleans cautiously partnered with each other and with the federal government to expand liberalism in the South.

As Kent Germany examines how the civil rights, antipoverty, and therapeutic initiatives of the Great Society dovetailed with the struggles of black New Orleanians for full citizenship, he defines an emerging public/private governing apparatus that he calls the "Soft State": a delicate arrangement involving constituencies as varied as old-money civic leaders and Black Power proponents who came together to sort out the meanings of such new federal programs as Community Action, Head Start, and Model Cities. While those diverse groups struggled-violently on occasion-to influence the process of racial inclusion and the direction of economic growth, they dramatically transformed public life in one of America's oldest cities. While many wonder now what kind of city will emerge after Katrina, New Orleans after the Promises offers a detailed portrait of the complex city that developed after its last epic reconstruction.

Germany's study is a major contribution to a small but growing body of scholarship that asks new questions about the impact and consequences of the civil rights movement, particularly as mediated through the economic opportunity legislation of the 1960s. Focusing on New Orleans, Germany expertly weaves a narrative that considers how the intersection of federal initiatives and grass roots activism shaped the possibilities and limitations for restructuring civic life, black opportunity, and race relations in the post Jim Crow South.

Remarkably few historians have probed the local impact of the War on Poverty. While there are many grim twists and unfulfilled hopes in New Orleans After the Promises, Germany shows that the Great Society lived on into the 1970s in New Orleans, and that federal social programs helped to destroy white supremacy. Historians who unthinkingly adopt the concept of a civil rights 'crisis of victory', and who assume that the War on Poverty was nothing more than tokenism, must read this important and highly original book.

Meticulously researched . . . This balanced case study raises new questions about the outcome of the War on Poverty and the persistence of racial inequity in the twenty-first century. . . . This is a fine study that anyone concerned with racial justice in America should read.

This is a major contribution to the historiography of civil rights and postwar urban history. Well researched and provocative . . . Dense, nuanced, and at times overwhelmingly detailed, this fresh and invigorating study's scope, range, and ambition are too wide for a short review, but the book will reward the patient reader and deserves the widest possible audience.

KENT B. GERMANY, a native of Louisiana and former resident of New Orleans, is Assistant Professor of History and African American Studies at the University of South Carolina. Previously he was Deputy Director of the Presidential Recordings Program and director of the LBJ Project at the University of Virginia's Miller Center of Public Affairs. He is co-host of "For The Record," a PBS program on politics and history, and is coeditor of two books about Lyndon Johnson and the 1960s: The Kennedy Assassination and the Transfer of Power and Toward the Great Society. 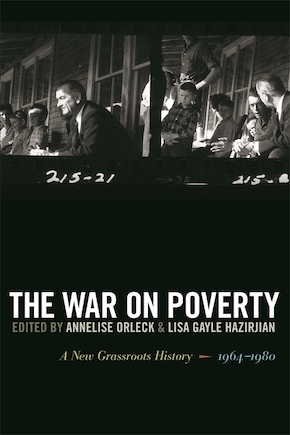