This pathbreaking study of region, race, and gender reveals how we underestimate the South's influence on the formation of black masculinity at the national level. Many negative stereotypes of black men—often contradictory ones—have emerged from the ongoing historical traumas initiated by slavery. Are black men emasculated and submissive or hypersexed and violent? Nostalgic representations of black men have arisen as well: think of the philosophical, hardworking sharecropper or the abiding, upright preacher. To complicate matters, says Riché Richardson, blacks themselves appropriate these images for purposes never intended by their (mostly) white progenitors.


Starting with such well-known caricatures as the Uncle Tom and the black rapist, Richardson investigates a range of pathologies of black masculinity that derive ideological force from their associations with the South. Military policy, black-liberation discourse, and contemporary rap, she argues, are just some of the instruments by which egregious pathologies of black masculinity in southern history have been sustained. Richardson's sources are eclectic and provocative, including Ralph Ellison's fiction, Charles Fuller's plays, Spike Lee's films, Huey Newton's and Malcolm X's political rhetoric, the O. J. Simpson discourse, and the music production of Master P, the Cash Money Millionaires, and other Dirty South rappers.


Filled with new insights into the region's role in producing hierarchies of race and gender in and beyond their African American contexts, this new study points the way toward more epistemological frameworks for southern literature, southern studies, and gender studies.

This is a brilliantly sophisticated recasting of black southerners (especially black males), white hegemony, race, gender, and sexuality in the United States. Utilizing the finest insights of cultural geography, post-Freudian psychology, rural studies, popular culture, and black masculinity criticism and theory, the author illuminates . . . no . . . theoretically gives birth to a South and a method for its study unlike any we have known before. Her literate re-encounters with Chesnutt, Faulkner, Larsen, Malcolm X, Spike Lee, and the 'Dirty South' are without peer in contemporary cultural studies.

A fascinating exemplar of the new southern studies conjoined with recent black masculinity studies, this work dazzles with its rich-veined cultural analyses and its sharply-mined textual archive, ranging from nineteenth-century fiction to twenty-first-century rap music. Attentive to the shifting geography of race and gender, Riché Richardson avoids the available clichés and pushes the interpretive discourses on the American South in important new directions.

—Thadious M. Davis, Geraldine R. Segal Professor of American Social Thought and Professor of English at the University of Pennsylvania

Richardson’s book brilliantly unpacks the interlaced tropes of gender, race, and region that undergird both historical and contemporary ideologies of black masculinity in the United States. She convincingly argues that one cannot understand the contours of black masculinity as they play out across multiple sites today without first coming to terms with the legacies of things southern for African American men (and for culture at large). Exploring topics as diverse as the Tuskegee Syphilis Study, 1960s black liberation struggles, and southern rap music, Richardson powerfully illuminates the myriad ways in which region matters to race and to gender. Clearly written, engagingly argued, and intellectually provocative, Black Masculinity in the U.S. South mines important and original ground both for the ‘new Southern studies’ and for American studies as a whole.

Richardson has given us an enormously complex analysis of the historical and contemporary cultural representations of southern black men. . . . Black Masculinity in the U.S. South makes a very important contribution to, among other fields, African American and gender studies . . . this is a book with which scholars writing about African American masculinity will have to reckon.

In the remarkable book, Richardson offers compelling readings situated against the backdrop of race and gender relations in the South. . . . Her contribution to these particular literatures and to American studies more generally cannot be overstated, since she offers a complex rethinking of the relationships between race and region, gender and geography, culture and text.

RICHÉ RICHARDSON is an associate professor of English at the University of California, Davis. 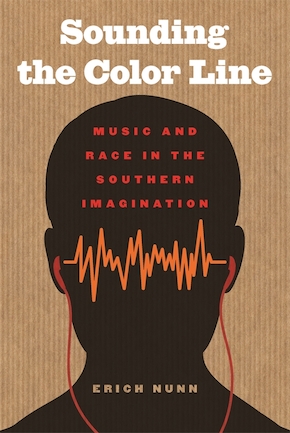