About a week after the [Montgomery Bus Boycott] started a white woman who understood and sympathized with the Negroes' efforts wrote a letter to the editor . . . comparing the bus protest with the Gandhian movement in India. Miss Juliette Morgan, sensitive and frail, did not long survive the rejection and condemnation of the white community, but before she died in the summer of 1957 the name of Mahatma Gandhi was well-known in Montgomery.-Martin Luther King Jr., from Stride toward Freedom

From 1936 to 1957 in letters published in Alabama's major daily newspapers as well as in essays and private correspondence, Juliette Hampton Morgan made some of the most insightful observations on record about Montgomery's racial crises. Mary Stanton traces the development of Morgan's moral conscience amid details about her childhood, her education, and her family, which included a politically ambitious father and a strong-willed mother and grandmother.

Morgan backed her words with action. As a New Deal Democrat, she worked to abolish the poll tax and establish a federal antilynching law. She rarely hesitated to appear in integrated settings, and years before the 1955 Montgomery Bus Boycott, she was regularly confronting bus drivers over their mistreatment of black riders. Morgan's letters had consequences: she and the newspapers that published them were vilified and threatened. Although the trustees of the Montgomery Public Library, where Morgan worked, resisted pressure to fire her, a cross was burned in her yard, and friends, neighbors, former students, and colleagues shunned her.

This biography, which acknowledges the vital work of a civil rights advocate at the local level, demonstrates the costs of speaking out in a highly conformist society. Morgan took her own life at age forty-three. No one who reads her story can easily dismiss the effects of the rebukes and isolation she endured because of her stand against racism.

This book offers a rare portrait of Alabama race relations, as told by Juliette Hampton Morgan, her mother, and associates. It is a significant contribution to its field because it tells a little-known story of white people and their desire to change racism and the status quo even before the Montgomery bus boycott.

Stanton has made an admirable career of restoring tragic casualties of our country's racial past to the place in history they deserve. Here she follows up her fine biographies of two white iconoclasts murdered in Alabama while protesting segregation-Viola Liuzzo and William Moore-with a heartbreaking portrait of another white martyr to the cause of justice: Juliette Morgan, a Montgomery librarian who committed suicide in 1957 amid the vicious backlash against her outspoken sympathy with the civil rights movement emerging in her native city under the leadership of the young Reverend Martin Luther King, Jr. Journey toward Justice is a much-needed appraisal of a player who too long remained on the intriguing margins of the civil rights story, and it is also an absorbing social history of the band of southern liberals who answered the call of the zeitgeist at a time when it was potentially fatal to do so. Wonderfully written and vividly researched, the book is a pleasure to read.

A compelling look at the life of one woman who was a keen observer, if not always a central participant, in the critical events in Montgomery in the early days of the civil rights movement. Stanton does a commendable job, however, as the book consistently mixes the telling of Juliette Morgan's life with a strong narrative of the important events in southern history between the arrest of the Scottsboro Boys and the onset of the Montgomery boycott. . . . Stanton has crafted an engaging story that is well worth reading.

For those of us who remember the Civil Rights struggle of the '60s and '70s, this book is a valuable reminder of just where life stood back then, how far we've come and how much further we still have to go.

At long last, the subject of this fine biography, Juliette Morgan, a true heroine of the Montgomery civil rights struggle, has come into her own, thanks to New York author Mary Stanton. . . . One of the best biographies of the civil rights era . . . Please read this book; you will not be disappointed. It is well-written, better than most novels and it is true, well-researched, beautiful and sad.

This moving biography is indeed a portrait of one woman in one town; but Ms. Stanton . . . is clearly writing about Morgan to show generally what compassionate, thoughtful people can do in the face of oppression. 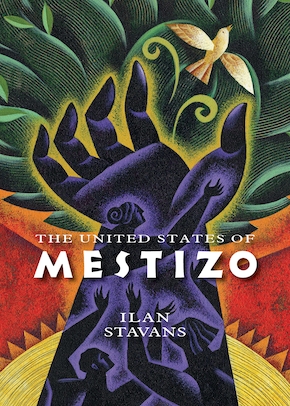 The United States of Mestizo