Slavery, Minstrelsy, and Transatlantic Culture in the 1850s

Slavery, Minstrelsy, and Transatlantic Culture in the 1850s

Titled after "Tom-Mania," the name a British newspaper gave to the international sensation attending the 1852 novel Uncle Tom's Cabin, this study looks anew at the novel and the songs, plays, sketches, translations, and imitations it inspired. In particular, Sarah Meer shows how the theatrical mode of blackface minstrelsy, the slavery question, and America's emerging cultural identity affected how Uncle Tom's Cabin was read, discussed, dramatized, merchandised, and politicized here and abroad.

Until Uncle Tom's Cabin, Meer says, little truly common ground existed on which the United States and Britain could debate slavery. In addition to cutting across class, gender, and national lines, the novel tapped into a huge, preexisting transatlantic appetite for blackface performance. Even as it condemned slavery, however, Uncle Tom's Cabin was ambiguous about racial equality, and it portrayed blacks in demeaning ways. This gave copycat novels and minstrel stagings leeway to stray from Harriet Beecher Stowe's intentions. Minstrel-show versions in particular had a huge influence on later incarnations of the Uncle Tom story, converting the character into "a comic, or worse, a proslavery stooge"-a scorned figure in our popular memory.

To look at how and why Uncle Tom's Cabin "both advocated emancipation and licensed a plethora of racist imitators," Meer places it in the context of contemporary minstrel sketches, melodramas, songs, jokes, newspaper commentaries, slave narratives, travel writing, proslavery novels, and even Uncle Tom merchandise like china figurines and wallpaper. She goes on to discuss Harriet Beecher Stowe's travelogue Sunny Memories of Foreign Lands and her second novel, Dred. The publication of each unleashed the political energies of Uncle Tom's Cabin and its revisions yet again.

Provocative, scholarly, original, and eminently readable, Uncle Tom Mania will become the standard work on the transatlantic reception and transmission of Uncle Tom's Cabin, traced through copycat novels, proslavery anti-Toms, dramatic adaptations, rewritings by Stowe and her contemporaries, minstrel Toms, and nineteenth-century debates on gender, class, and nation. Drawing on a wealth of fresh, primary materials, Meer makes a major contribution to the understanding of literary texts and their readers, popular culture, cultural history, and history per se.

Meer's dense yet clearly argued study is a thoroughly researched tracing of the complex interplay between minstrelsy as a major influence on the construction of blackness in the nineteenth century and Uncle Tom's Cabin. The strength of Meer's book lies most notably in the extraordinary range of primary materials she has mobilized in her dissection of the myriad shifting debates about slavery and race that were spawned on both sides of the Atlantic by Stowe's novel. This study enriches our sense of the complex phenomenon that was 'Tom Mania' and provides an enlightening portrait of the intense transatlantic cultural exchange between the United States and Great Britain at the time. Such exchange involved not just fiction, but theater, popular music, travelogues, political commentary, and autobiography; and Meer navigates all of these forms with insight, imagination, and a sensitivity both to historical specificity and to the integrity of each text.

There are few works which move with such flair, wit, and ease between the American and British scene, so readily understand literary texts in their relationship to popular culture, and shed such light on racial attitudes in the nineteenth century.

Victorianists reading Meer's book will find it immensely suggestive for future transatlantic study. . . . Meer's fine work augurs, I hope, the promising beginning of a transformation of how we read and teach the nineteenth century.

Unique insights . . . Reflect[s] the richness of new pathways in a hemispheric American studies, moving outward to explore philosophies of race and histories of racial identity that traveled back and forth between colonial and imperial worlds . . . Reveal[s] the impact of cultural studies as a synthesizing force, traveling across multiple geographies of color in the late twentieth century and into multiple fields of intellectual production in this century.

This persuasively argued, carefully researched work offers a comprehensive account of the Anglo-American Uncle Tom phenomenon at its peak in the 1850s. . . . Not only does [Meer] manage to unearth rich nuggets of Tom mania from a thoroughly mined vein, but, more impressively, she offers fresh critical appraisals of this valuable cultural ore. . . . Perfectly positioned to analyze the transatlantic aspects of Stowe's celebrity and the Tom phenomenon, Meer . . . makes a profound contribution to Stowe studies with careful readings of Stowe's English tour and the controversy over the British antislavery Stafford House Address . . . Uncle Tom Mania is tremendously readable and therefore ideally suited for the undergraduate classroom and even, perhaps, ambitious nonacademic reading groups.

In this impeccably researched, absorbing book, Sarah Meer impressively turns her critical lens on the waves made by Harriet Beecher Stowe's Uncle Tom's Cabin as it crossed the Atlantic Ocean.

Sarah Meer's study of 'Uncle Tom mania' makes a significant contribution to a growing body of work on Harriet Beecher Stowe, sentimental fiction, and nineteenth-century popular culture . . . Meer's nuanced study thus unfolds the dazzlingly complex dialogues between minstrelsy, Uncle Tom's Cabin, and transatlantic politics, culture, and literature. Exceptional in its breadth and depth, in its attention to literary conventions as well as cultural history, it is a rewarding example of transatlantic scholarship at its best.

SARAH MEER is a university lecturer in English at the University of Cambridge and a fellow of Selwyn College. 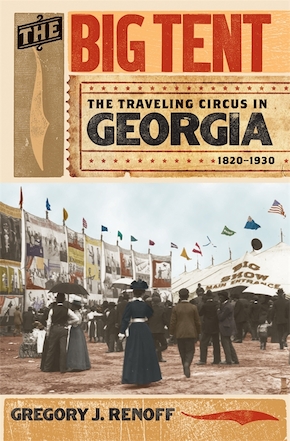