Racial Construction in the Early South

Racial Construction in the Early South

On the southern frontier in the eighteenth and early nineteenth centuries, European men-including traders, soldiers, and government agents-sometimes married Native women. Children of these unions were known by whites as "half-breeds." The Indian societies into which they were born, however, had no corresponding concepts of race or "blood." Moreover, counter to European customs and laws, Native lineage was traced through the mother only. No familial status or rights stemmed from the father.

"Mixed Blood" Indians looks at a fascinating array of such birth- and kin-related issues as they were alternately misunderstood and astutely exploited by both Native and European cultures. Theda Perdue discusses the assimilation of non-Indians into Native societies, their descendants' participation in tribal life, and the white cultural assumptions conveyed in the designation "mixed blood." In addition to unions between European men and Native women, Perdue also considers the special cases arising from the presence of white women and African men and women in Indian society.

From the colonial through the early national era, "mixed bloods" were often in the middle of struggles between white expansionism and Native cultural survival. That these "half-breeds" often resisted appeals to their "civilized" blood helped foster an enduring image of Natives as fickle allies of white politicians, missionaries, and entrepreneurs. "Mixed Blood" Indians rereads a number of early writings to show us the Native outlook on these misperceptions and to make clear that race is too simple a measure of their-or any peoples'-motives.

In these trenchant essays, Perdue explores the nexus of race, gender, culture, and power and shatters the legitimacy of historical representation based on 'blood' in regard to southeastern Indians studies. In its place, she crafts an insightful narrative that restores Native cultural values and views to a central place in the story. Her well-written and elegantly argued work will enlighten scholars and general readers alike.

In these three pointed essays, Perdue contends that scholars of the Native American South have yet to cast off the racist legacy of the antebellum era. Her uncompromising argument engages a debate that is certain to become central to the next generation of scholarship.

—Claudio Saunt, author of A New Order of Things: Property, Power, and the Transformation of the Creek Indians, 1733–1816

Perdue has written extensively on Indians of the Southeast. 'Mixed Blood' Indians is a fine addition to her body of work.

An interpretive tour de force by one of the finest historians of Native America. Purdue summarizes so many issues so succinctly and memorably that the book will make an excellent supplementary text in United States history survey courses.

'Mixed Blood' Indians appears at a crucial point in the study of colonialism, race, and American history. [Perdue] speaks provocatively to emerging studies of 'the intimacies of empire,' as well as to the current concern about the ideological power of 'blood' in American Indian communities.

—Journal of Colonialism and Colonial History

Promises to enliven the debate over the importance of race in southern Indian society. By offering an interpretation rooted in native cultural values, Perdue presents an alternative to the racial categories and thinking that seemingly dominate the field.

From her exploration of the development of Cherokee slavery to her recent study of Cherokee gender roles, Perdue has established herself as the preeminent historian of the native South. . . . The book is gracefully written, engaging, and bristling with historical and historiographical arguments. Students of native, southern, and, more broadly, United States history ought to take notice, for challenges Perdue levels against the term 'mixed blood' could as well be brought to bear on other historiographical commonplaces like Indian, black, and white.

[This] book should prove to be an invaluable resource to the process of replacing soon-to-be archaic explanations of the impact of interracial marriages on Native-American societies with information that is much more accurate and enlightening.

THEDA PERDUE is a professor of history at the University of Kentucky. She is the author or editor of eight books, including The Cherokee and Slavery and the Evolution of Cherokee Society, 1540-1866. 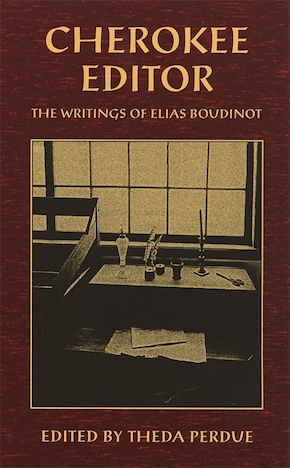 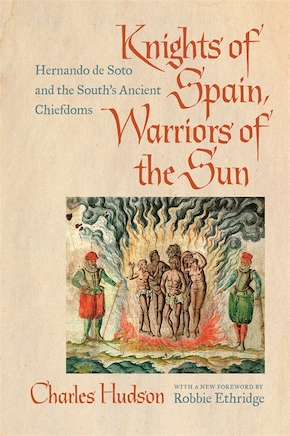 Knights of Spain, Warriors of the Sun